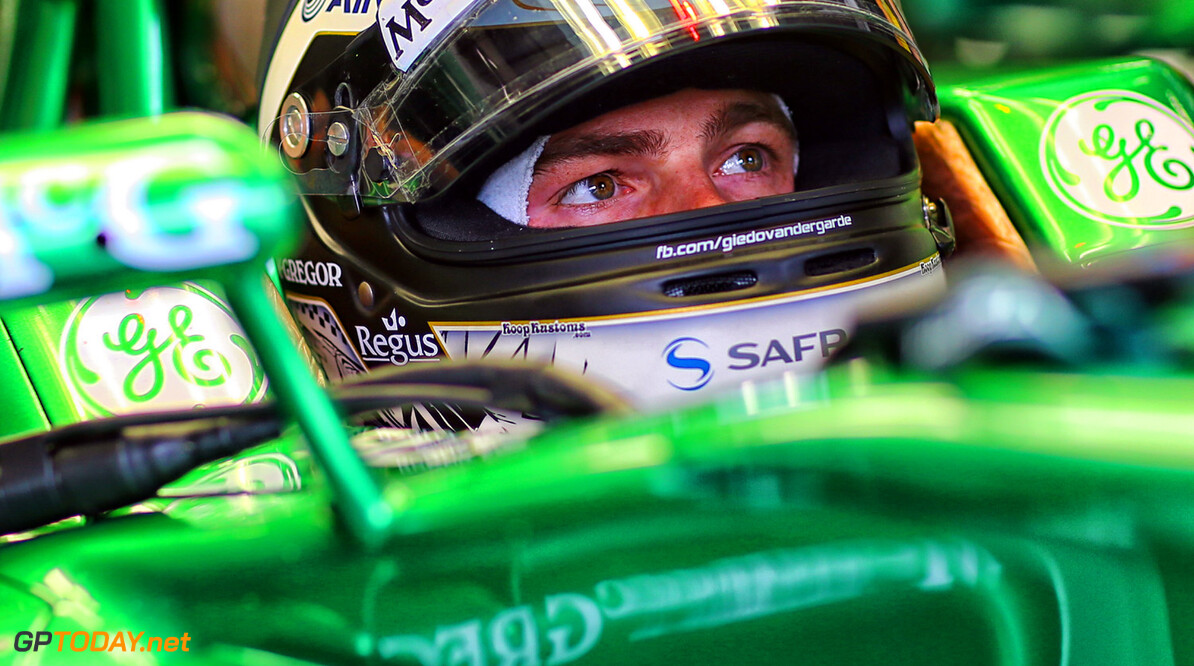 The Caterham F1 drivers both finished the Korean Grand Prix in front of both Marussia drivers, Pic finished as 14th and van der Garde close behind as 15th. If they finished 13th they became 10th in the constructors standings, but it didn't happen.

Below the reactions from both drivers.

Charles Pic, car 20: "That was a good race for me I had a good, clean start but into turn three I had to go off track to avoid Massa who'd spun and lost a couple of places. I made them up and for both the first and second stints the car balance felt good.

"We'd started on supersofts and they held up well for the first stint so we pitted on schedule and rejoined on a set of new mediums. As I say, the car balance felt good and I was on plan when the first safety car came out so we boxed right away for the second stop and at that stage we were looking at a long final stint to the flag. However, then the second safety car was brought out almost immediately and that obviously helped with the tyre management for the final stint. I did have some issues with the front right for the last few laps but nothing too bad so I got the car to the flag in 14th which is a decent result for us - not quite where we want to be but almost!"


Giedo van der Garde, car 21: "My start was great, really strong and when everyone was moving to avoid Massa in turn three I had to push out wide to avoid contact with a few cars around me. I really don't think I'd pushed any other cars out on purpose on lap one but I was told to box for a drive through penalty because of what the stewards saw and from there my race was pretty much over. I served the penalty and then had to box again immediately as the supersofts I'd started on were done, so even though I was up as high as 12th in the first stint I rejoined in 22nd and set about catching up Chilton and Bianchi.

"I was up close to Chilton just when the safety car came out and the team did a great job to help me get past him with a really quick stop on the first safety car lap. That sort of teamwork needs to be mentioned as it plays such a critical role in the overall race, so the boys deserve a thank you for that.

"The second safety car came out almost immediately when Mark's car caught fire and then when we restarted I had a bit of a lock up at the end of the main straight and Bianchi got past, but within a couple more laps I regained the place and was back behind Charles in 17th. I had a flatspot from that point in the race but kept pushing and finally finished in 15th, just behind Charles. Without the drive through I'm sure I could have finished higher, maybe not up in 13th, but close and while that's obviously frustrating today, it shows how close it's getting and that's good for my motivation and the whole team."