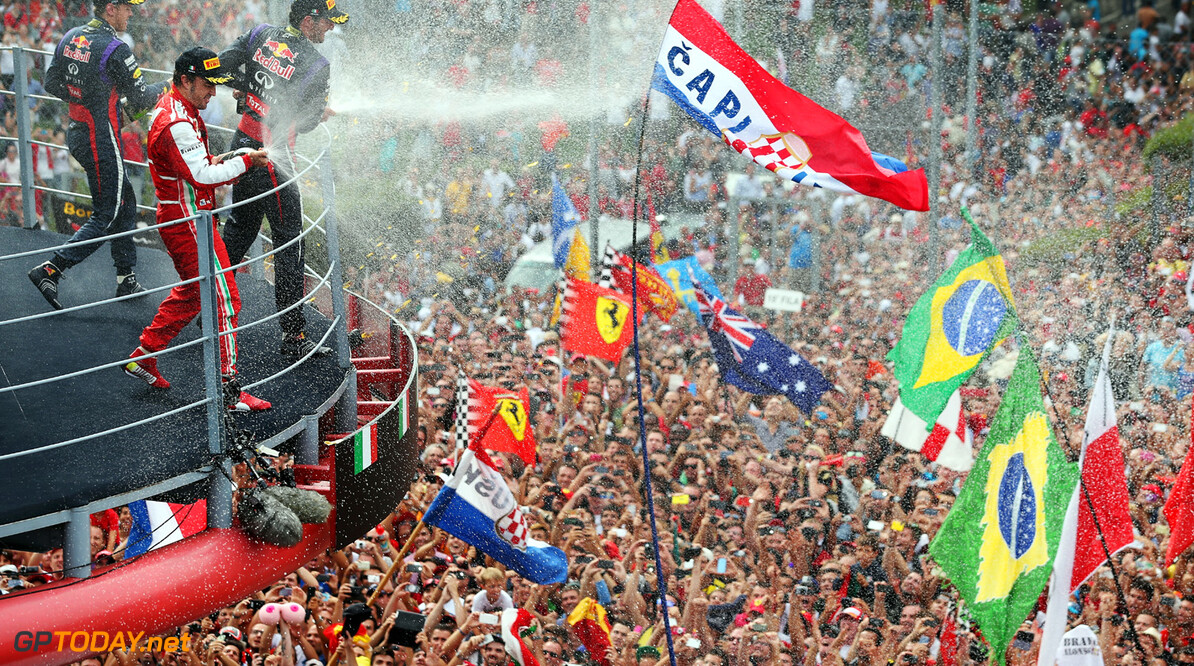 Only a red suit can stop Vettel boos - Schumacher

The only way Sebastian Vettel can stop Italian fans from booing him is by joining Ferrari. That is the claim of Michael Schumacher, who on the one hand was the beloved hero of the Italian 'tifosi', delivering five consecutive titles until 2004.

On the other hand, Schumacher is the friend and former mentor of German countryman Vettel, whose reception on the Monza podium last Sunday displeased even Ferrari president Luca di Montezemolo. "Thanks to the fans who are fantastic," Montezemolo said at the Frankfurt motor show earlier this week, "but we could have done without the booing of Vettel."

Schumacher, however, doubts even Montezemolo's disapproval will stop the tifosi. "They didn't love me at first," the now-retired seven time world champion, who won the Italian grand prix five times but always wearing red, told Bild newspaper. "For that, you have to be wearing a red suit," said Schumacher. "They respect Sebastian's achievement, but they are not always able to react differently from an emotional side," he explained. (GMM)
F1 News Sebastian Vettel Ferrari
.