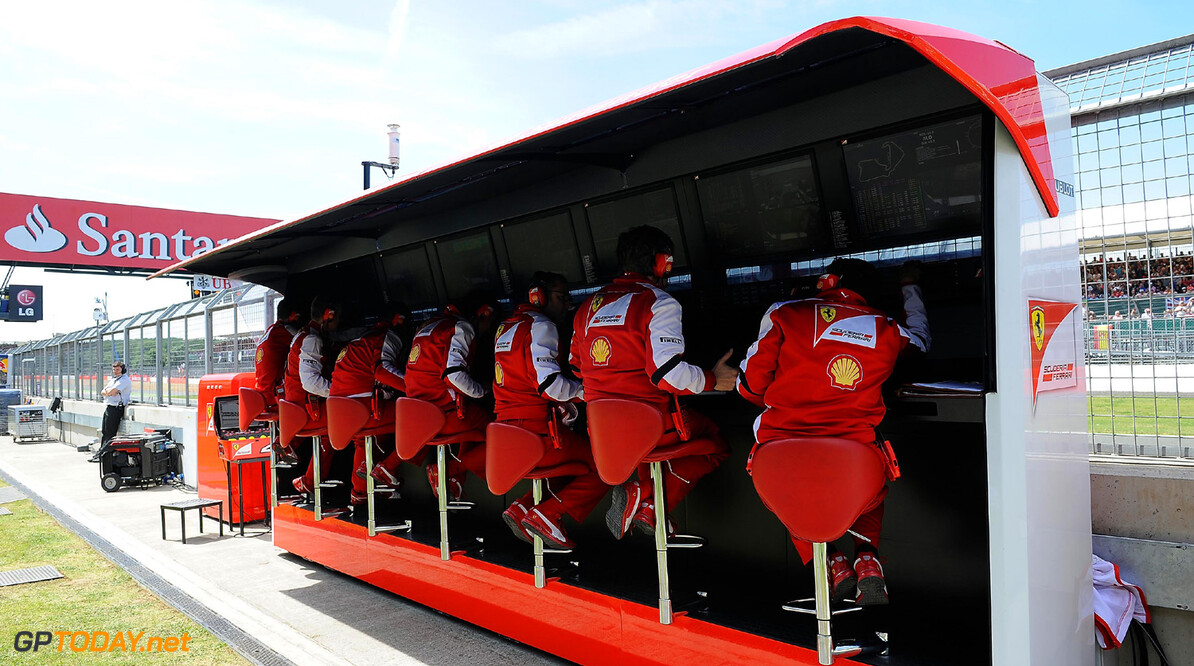 Alonso and Massa will carry out Young Driver Test for Ferrari

On Sunday, drivers will line up on the grid at the Nurburgring to take part in the sixtieth edition of the German Grand Prix. But before we get on to the detail of an event that has proved to be, historically, one of the most successful for Scuderia Ferrari, a quick look back to events at Silverstone is called for, especially as the fallout from that race will impact on this weekend.

"The British Grand Prix was certainly exciting, but that aside, we made a step forward in terms of the championship classification by reducing the gap to our main rivals, but honestly, in performance terms we saw the gap grow between ourselves and Red Bull and Mercedes," is the evaluation of Massimo Rivola, the teams Sporting Director. "Yes, the race was better but our pace in qualifying and on Friday was definitely not enough for our season targets. Both Fernando and Felipe produced really aggressive and attacking race drives, which is what we like to see! I think that Felipe would have been in the hunt for a much higher finishing position if it had not been for his tyre problem at Turn 5. He staged a great charge up the order when you think he was last on lap 20 and fought his way back to sixth with some really nice overtaking moves. Unfortunately, Fernando did not make the best of starts and came round at the end of the opening lap in ninth place. After that he had some good battles and in the closing stages he made the difference and when he got a whiff of the podium, he really cranked it up a notch! Bringing him in to change tyres just before the Safety Car, even if the neutralisation per se didnt really do him many favours, was the right decision."
More about Ferrari


Thanks to the vagaries of the calendar, there are only a handful of days before the eleven teams meet again in the Eifel mountains for the ninth round of the World Championship. Now that the German Grand Prix alternates between two circuits, this will be the first time since 2011 that the teams will have raced at the Nurburgring. "To be honest, with the various question marks over the performance of the F138 following Silverstone, a bit of a break would have been useful," admitted Rivola. "We are not talking about minor details, but more significant challenges, so, it would have been nice to get more time to analyse all the data. But this is Formula 1, it's our job and we know what it entails."

The Nurburgring can be considered a more technically complex circuit than Silverstone, with a more modern track layout, which is another way of saying it has a mix of corners from slow to fast, with camber changes and sections where car set-up has to be a compromise. A slower track than the English venue, with a less abrasive surface means that Pirelli has nominated its Medium and Soft compound tyres for the weekend. That brings us to the big question hanging over Formula 1 at the moment. "What we saw at Silverstone certainly gives us cause to think about the safety of the drivers," said Rivola on the topic of the tyre problems last Sunday. "The Young Driver Test, which was scheduled to take place actually at Silverstone from 17 to 19 July, has now provided the perfect opportunity to do something about it, which both the FIA and Pirelli have jumped at. It will be very important to have this opportunity to try something new. Obviously, this test will be carried out with the actual race drivers, as there would be no sense in trying something new with youngsters at the wheel, who do not have the necessary experience to provide the required feedback."

When it comes to the Prancing Horse's prospects for this weekend's race, Rivola is understandably unable to give a definite answer one way or the other. "As I said before, in a way, we are coming to Germany too soon, even if we have a good track record there. It's hard to say if we can be competitive or not, because, with the new updates we usually bring to the races there will be even more unknown factors than the ones we are facing right now. Certainly it should be warmer than at Silverstone, but we're not talking Malaysia temperatures! Then, some parts of the track will suit our car, but others, like the final corner for example, will not. It definitely won't be easy to match the pace of Red Bull and Mercedes, but that has to be our aim. Of course, we want to win every race, but we have to be realistic and we will begin by trying to close the gap in qualifying. If we can start from nearer the front, then we can allow ourselves to be optimistic for Sunday."