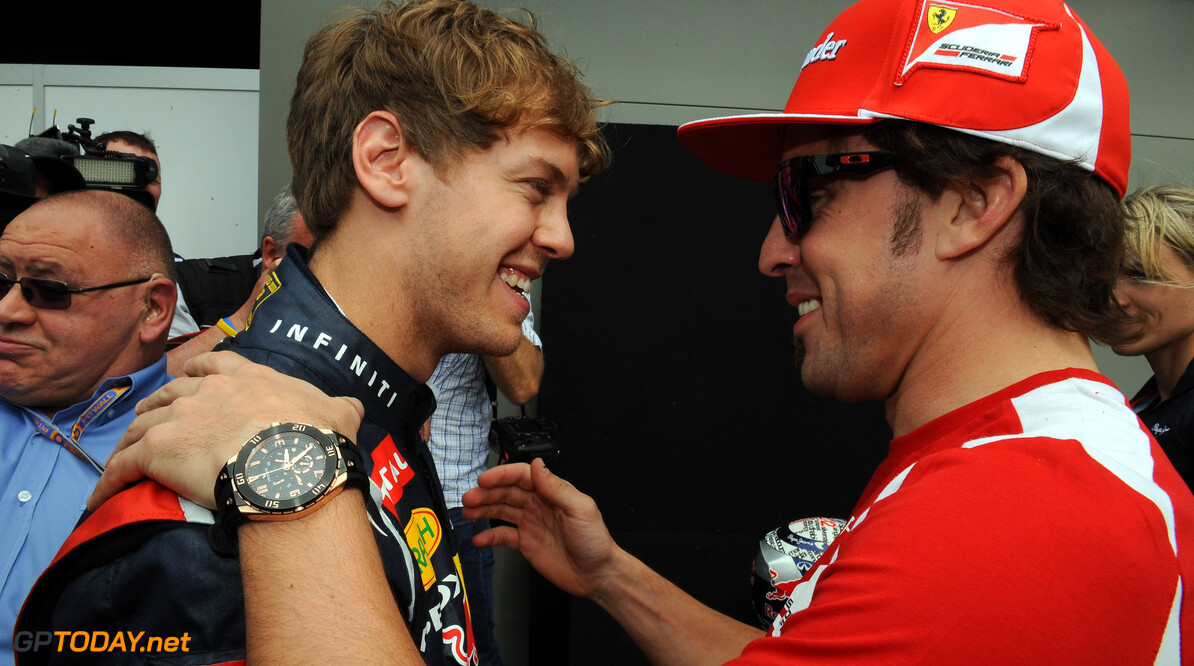 Sebastian Vettel insists he is not bothered that some regard Fernando Alonso as a better driver. Recently, after a confidential post-season survey involving all 12 team bosses, Spaniard Alonso was voted the standout driver of the season, despite German Vettel winning his third consecutive championship with Red Bull.

"If people think that Alonso's wins are about the driver and mine about the car, that is also Fernando's responsibility -- but it doesn't bother me," he is quoted by Germany's Auto Motor und Sport. "I admire him (Alonso) very much and I respect him as a driver," added Vettel.

"For me it was clear from the beginning that my opponent for the title would be him. After the winter tests, Ferrari became competitive more quickly than we expected - yes, maybe in Malaysia he would not have won in the dry - but already by Barcelona he was among the best. His strength was to always be fast even if he was almost never the fastest," Vettel said.

As for the claims Alonso is a better driver, Vettel insisted: "I don't want to stand here and prove my performance, but we have also won races that we should not have. Monaco last year, for example, when I made the decision against all reason to go with a one stop. Also Barcelona 2011, when Hamilton was faster but he couldn't get past me." (GMM)