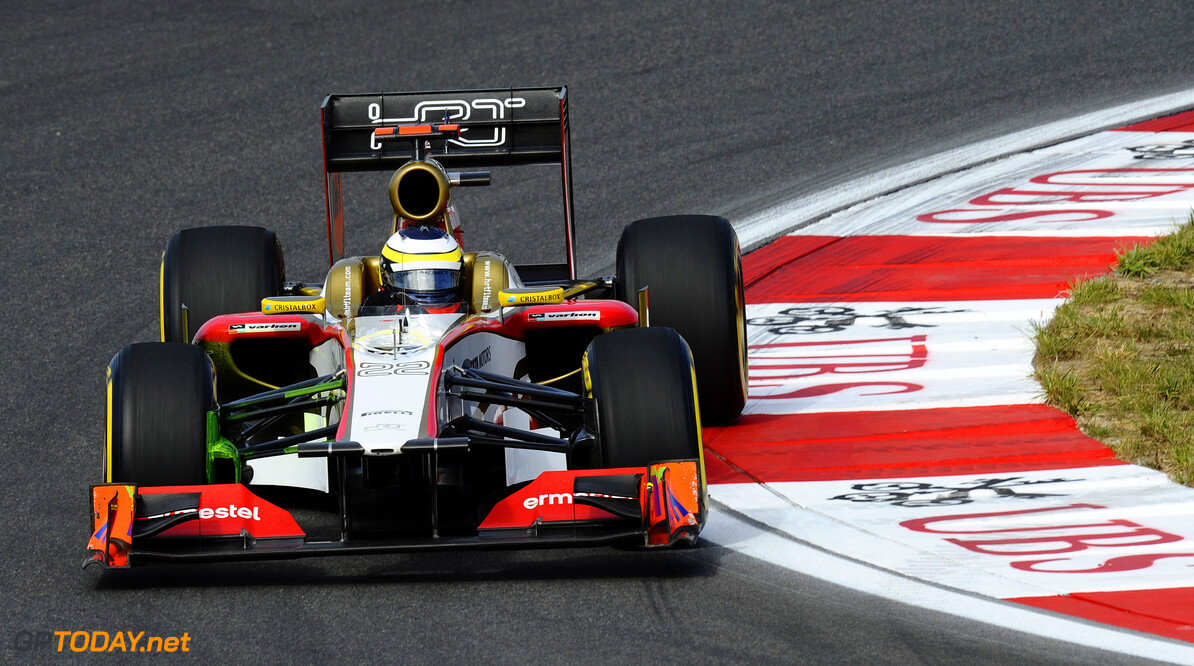 The Formula 1 World Championship leaves Asia after five consecutive races in the Orient and it does so to return to the United States for the first time in five years. The city of Austin in Texas will host the United States Grand Prix for the first time from the 16th to the 18th of November at the brand new Circuit of The Americas. The first ever Formula 1 United States Grand Prix took place in 1959 at the Sebring International Raceway in Florida with Bruce McLaren of Australia taking the win. This will be the 33rd edition and the sixth different circuit to stage the race. Therefore, Pedro de la Rosa and Narain Karthikeyan arrive in uncharted territory, like the rest of the drivers and teams, meaning that adapting as soon as possible will be vital, something that they have successfully done on numerous occasions this season.

The Circuit of The Americas is a medium-high downforce track and not too demanding on the brakes. There is a forty metre elevation change on the straight before the first corner, which is a blind downhill left-hand hairpin which will test the ability of all drivers. However, the biggest question mark is regarding the behaviour of the tyres as that is the only factor that the simulators cant predict. Pirelli has elected its medium and hard tyres for this Grand Prix.

Pedro de la Rosa: "The truth is we don't know much about this circuit. All I know about it is from what I've seen on the Internet. The first thing that strikes you about this track is the number of gradient changes and how extreme they are. The important thing is for our car to adapt well to this circuit and we will dedicate Friday to learning the track and setting up the car. The choice of medium and hard tyres seems, on paper, an election of quite hard compounds. But until we don't confirm the grip of the asphalt it will be difficult to draw any conclusions."

Narain Karthikeyan: "The Circuit of The Americas looks like a promising layout, lots of parts from different circuits around the world but what I'm looking forward to most is the massively uphill turn one. These gradient changes do well to add to the circuit's character as we've seen in India so it is going to be a challenging layout. So as a driver, it would be up to us to do the maximum number of laps possible on Friday to learn the circuit and get the base set-up right and then take it from there. I raced in Formula 1 the last time it was in America, back at Indianapolis in 2005 and then NASCAR in 2010 and I really enjoyed racing there; the fan following is huge. So it would be great to see Formula 1 being successful in such a promising market and hopefully with this new facility and an entertaining circuit, it will happen soon enough."

Luis Pérez-Sala, Team Principal: "Once again we're heading to an unknown circuit, so the key will be to learn the circuit and adapt as quickly as possible. All we know about this circuit is what the simulation department, who have been working on it for some time, have put across to us. According to them it's a very complete and spectacular track and that gives us extra motivation to face this penultimate test of the season. It's been an intense end of year but I'm confident that we can finish off on a good note which will enable us to make a positive overall assessment of this special season."
F1 News Pirelli McLaren
<< Previous article Next article >>
.