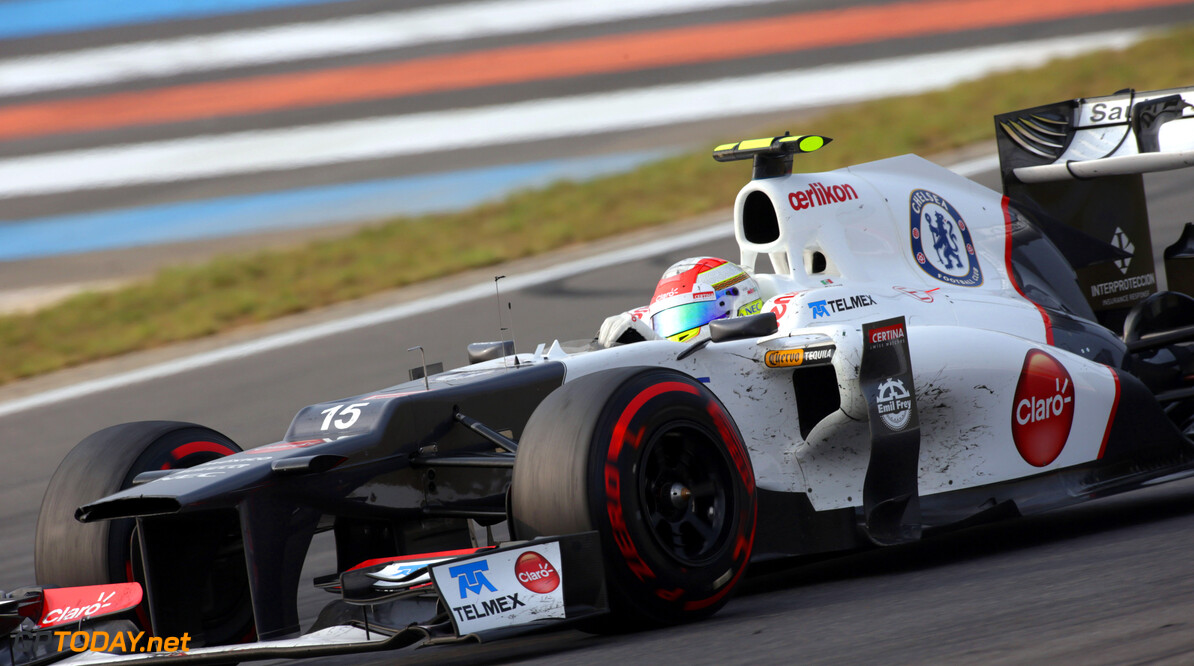 With just four Grands Prix to go, the FIA Formula One World Championship is getting ready for its final spurt. The races follow in quick succession now and as double headers, beginning with the Indian Grand Prix on 28th October. The race in Abu Dhabi is just a week later, and then the inaugural event in Austin, Texas, will be held only days before the final round in Sao Paulo.

Kamui Kobayashi: "I am keen to see what the circuit will be like when we arrive there for the second time. Last year everything was new and the surface was very dusty. The track lay out as such should probably mean our performance will be average, which means we should be able to score points there. It is a bit similar to the Korean circuit, which might have something to do with the fact the same designer did it at about the same time. Unfortunately I haven't seen much of the country yet. What I really love is Indian butter chicken  an Indian classic dish and one of my all time favourites. Perhaps this year I can manage to go and visit the city of New Delhi, but it is quite far away from the track and, as it is so big, it is not easy to get your bearings there."
More about F1 News


Sergio Pérez: "I cannot believe we have only four races left, so the season will now end quite soon. To make up 20 points to finish fifth in the Constructors' World Championship means we have quite a job to do. The race in India should be a bit better for us than in Korea, and our car will be quicker there. I like the fluent sections of the track. Outside the circuit I havent seen anything of the country yet and I know that, unfortunately, I wont have time for a trip this year either."

Monisha Kaltenborn, Team Principal: "For me the second Formula One Grand Prix of India certainly will be a very special race. Going to my home country, not for private but for business reasons, and for the team to race in front of my fellow countrymen is exciting. This is the emotional part of it. Looking at it in a more sporting way, it is clear we want to score a lot of points, be it in India or at any of the remaining four races. Technically the track in Greater Noida should not be a problem for the C31, but it isnt our favourite either. We have to stay focussed and maximise our potential there."

Giampaolo Dall'Ara, Head of Track Engineering: "The race track in Greater Noida has similar characteristics to the one in South Korea. It has a first sector with long straights and slow speed corners, then there is the mainly high speed second sector, and a short third sector with some low speed corners. Maybe the main difference is that the track in India has some slopes while the track in Korea is flat, and in India there are some bumps as well. The temperatures are expected to be higher, but also the tyres are harder  the compounds will be hard and soft, and I expect the hard one to be a challenge on this type of track. An interesting aspect compared to most of the other races this year is the fact there will be two DRS sections with two detection zones, which should normally help overtaking. We are fairly confident our car will performe well on this track."
F1 News
.