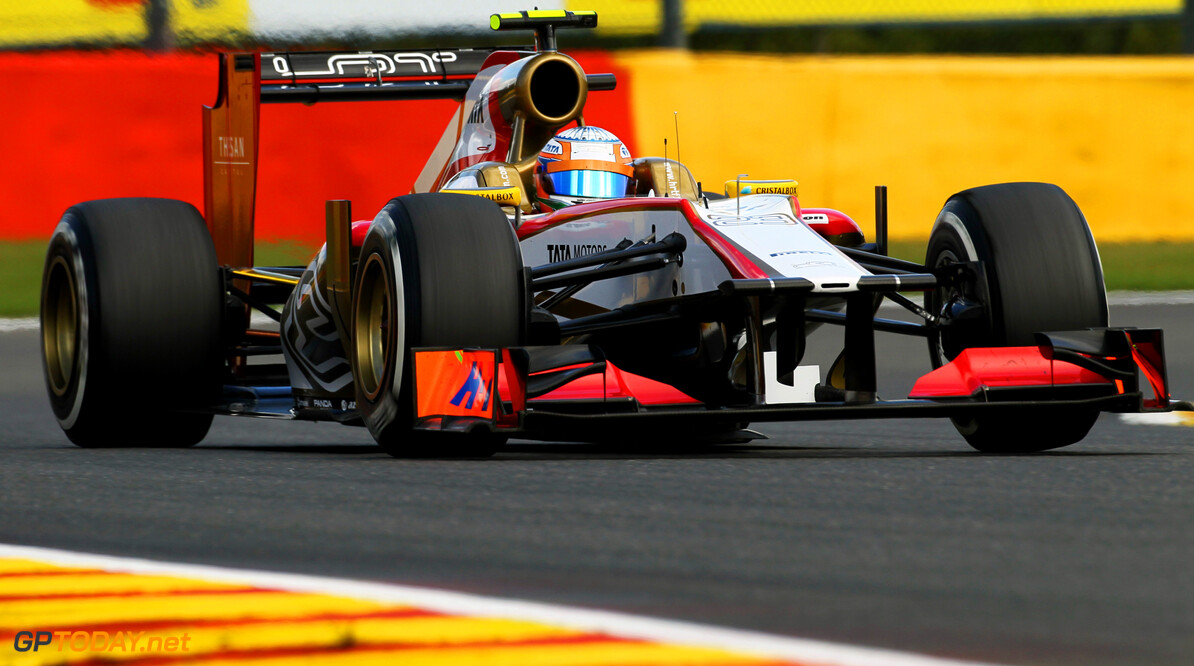 The Formula 1 World Championship continues in the Far East as it leaves Japan behind and heads to South Korea. It will be the fifth back-to-back race in the season meaning that the teams have no time to relax and must maintain their levels of work and concentration. In Suzuka, HRT Formula 1 Team proved to have taken a step forward with the aero upgrade which was introduced in Singapore, and the Spanish team hopes to continue with this progress in Yeongam. Dani Clos will return to the F112 for the first free practice session, replacing Narain Karthikeyan and will join Pedro de la Rosa for the sixth time this season.

The Korea International Circuit was built in 2010 and staged its first Formula 1 Grand Prix that same year. It's an anti-clockwise track which is made up of a permanent and temporary section. Designed by Hermann Tilke, the circuit has a 1.2 km straight where cars reach speeds of over 310 km/h. But the skill of the driver and the brakes on the car are also tested in the section of slow corners. Pirelli has elected its soft and supersoft tyre compounds for this Grand Prix.

Pedro de la Rosa: "I know very little of Korea because I've never run there, all I know of the circuit is from my work on the simulator. As it's a track that's barely used the surface is very slippery. So we've got no time to lose and will have to do as many laps as possible to get to know the track. It should be a circuit thats better suited to us than Suzuka. Also, after having seen that in Japan the new floor is an evident step forward, I'm really looking forward to it. But theres no doubt that we have a lot of work ahead."

Narain Karthikeyan: "From what I've seen the Korea International Circuit is very complete as it is a mix of various things such as very close walls, quick corners, long straights and hairpins. I've never raced there so I'll have to make the most of my time on track to adapt and set the car up. After having retired in two consecutive races I'm looking forward to this Grand Prix and hoping to find some luck again and return to a positive line of results."

Dani Clos: "Driving the F112 is always a great satisfaction and I feel very lucky and thankful to the team for this new opportunity they have given to me to drive in the first free practice session in Korea. Like always, I'm going to give my 100% and my main objective is to work for the team to complete the established programme in the best way possible. To be able to contribute, even in a modest way, makes me very proud and, personally, it's an experience that is helping me to grow as a driver. And even more so having someone like Pedro next to me."

Luis Pérez-Sala, Team Principal: "Just like the drivers I don't know the Korea International Circuit but what I do know is that we're arriving in good form and aiming to progress as we did in Suzuka. The important thing will be to adapt as soon as possible to optimize our set-up without losing any time. Due to its characteristics, it's a track where we should perform well, so we'll work as hard as we can to maintain and improve our competitiveness. We're not lacking any determination or motivation. I'm happy to be giving Dani another opportunity and for him to contribute to Pedro and Narain's important work on the F112."
F1 News Pirelli HRT
<< Previous article Next article >>
.