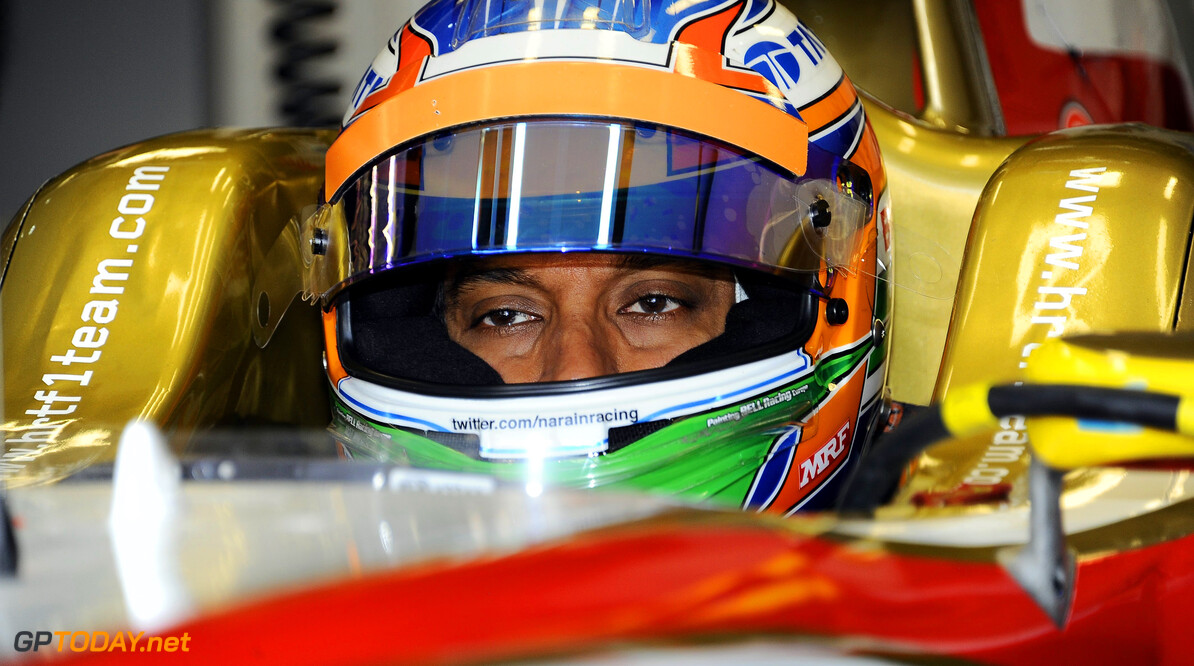 Narain Karthikeyan has repeated his desire to stay at HRT in 2013. In July, the Indian admitted that whether he can hang on to his race seat with the back-of-the-grid Spanish team is an open question. "Formula one is a complicated business, but I would love to remain with HRT as I am very comfortable dealing with this management," he said.

The well-funded 35-year-old debuted for Jordan in 2005, then returning to the grid in 2011 with the similarly Colin Kolles-led HRT. Despite sitting out the last races of 2011, he is back with the now Thesan-owned HRT team, which is headed in its latest incarnation by former Minardi driver Luis Perez-Sala.

"HRT has done a lot of investment," Karthikeyan is quoted this week by the Press Trust of India. "We have a proper headquarter, proper factory now for the first time. We are trying to reap the benefits of these facilities for the next season with some good finishes. The management and I have very good rapport. Hopefully, we can work something out. I would like to stay at HRT. "That's the plan and it seems good so far," he added.

Karthikeyan, who will sit out the first practice session this weekend in deference to Chinese driver Ma Qing Hua, said HRT's 2012 car will be sporting some aerodynamic upgrades in Singapore. "How big will be the improvement, that depends when we drive in the practice sessions," he said.

He admits he has struggled to keep up with his teammate Pedro de la Rosa this season. "From Silverstone onwards, I have been unlucky in missing practice one on Fridays while the second practice has been wet," said Karthikeyan. "So to get one hour of practice on Saturday and then to compete against a fast guy like him is difficult and challenging." (GMM)
F1 News HRT Minardi
<< Previous article Next article >>
.