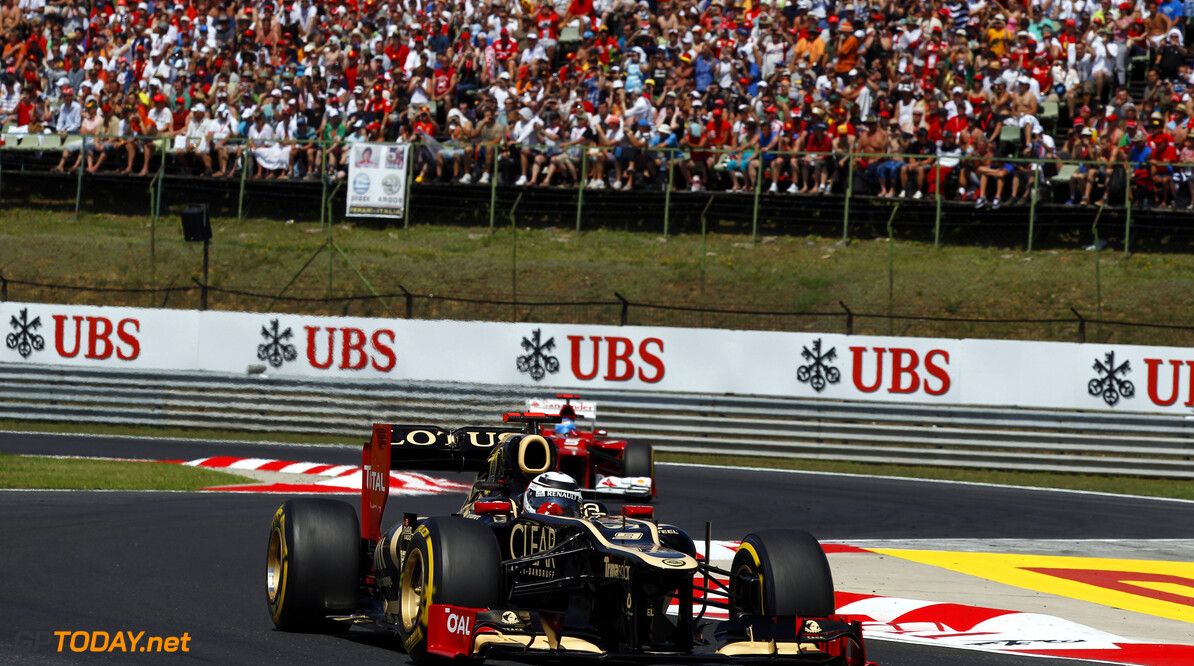 Lotus will not race double-DRS device at Monza

Lotus' double DRS-inspired "device" will remain on the back-burner for yet another grand prix. The Enstone based team wanted to qualify and race the device at Spa last weekend, but Lotus changed course due to Friday's practice washout.

And according to French sources sport24.com and autohebdo.fr, team boss Eric Boullier has also ruled out fitting the straightline speed-boosting concept to the E20 cars for Sunday's Italian grand prix.

Sport24.com said the decision was made because of the "characteristics" of the Monza track, which is the highest speed circuit on the calendar requiring an unique low-downforce setup.

Auto Hebdo said Lotus is now expected to try to race the 'device' for the first time in Singapore later this month.

Without the device, Kimi Raikkonen finished third at Spa-Francorchamps. "We couldn't use it because Friday was such bad weather," said the Finn, "but it's better to be third than not to finish." (GMM)
F1 News Lotus F1
.