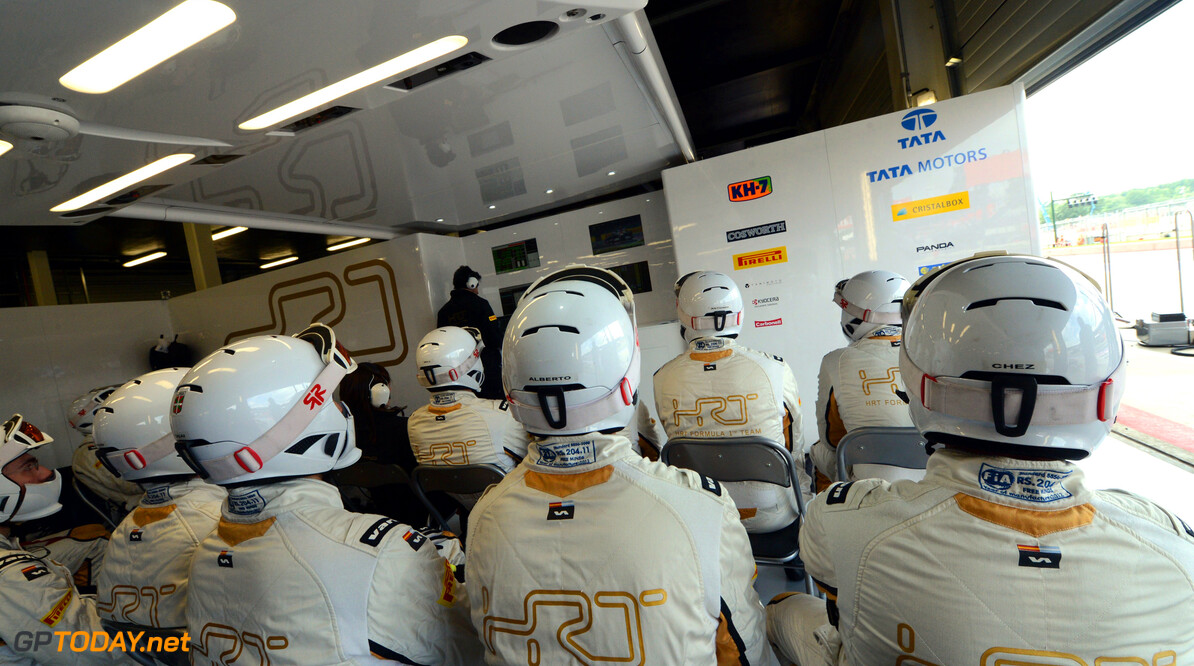 It was an historic day for Formula 1 and HRT Formula 1 Team today at the Silverstone Circuit where Ma Qing Hua made his debut at the wheel of the F112, becoming the first Chinese driver to drive a Formula 1 car at an official event. As opposed to the previous days, the weather permitted the first day of the Young Driver Test to take place without any setbacks and Ma Qing Hua was able to make the most of the test. The mornings programme included short test stints for the Shanghai-born driver to adapt to the car and build up confidence at the wheel, completing 54 laps (318 km).

These tests were carried out with both hard and soft tyres so that he could also experience the difference between both compounds. In the afternoon, Ma Qing Hua covered a further 28 laps (165 km) where he completed two qualifying stints, one with hard tyres and another with softs, start and pit stop practices and a final long distance stint. Ma Qing Hua satisfactorily completed the scheduled programme throughout the day, so the team has put an end to these tests and will head towards Germany tomorrow for the tenth Grand Prix of the season which takes place at the Hockenheim circuit from the 20th to the 22nd of July.

Ma Qing Hua: "It was a fantastic feeling to drive a Formula 1 car for the first time; it's not easy to put into words what I felt. Yesterday I found it hard to sleep and I tried to calm down by thinking that it was just another test. I think we did a good job and everything went according to plan, with good weather too. By being here during the Grand Prix, I learned a lot from my teammates and also to work as a team, as it is very important to give the right information to the engineers in order to optimize the performance of the car. In the morning we did the maximum amount of running to get used to the car, engineers and mechanics and buttons, and also to gain confidence. I'm very proud to represent China and be a pioneer for my nation in this sport. I'm confident that these tests and the ones that will come in the future will help motorsport to grow in China in the future and will grant more opportun ities for everyone. This is only a first small step but once more I want to express my gratitude to everyone who has supported me and made this possible."

Luis Pérez-Sala, Team Principal: "We're very happy to have given Ma this opportunity and also very satisfied and proud of how it went. We've got a lot of trust in him and he has responded by doing a good job. We've followed him for a long time and since he joined our programme he's proven his ability and work capacity. And today he showed it once more with an excellent job. It's not easy to drive a Formula 1 car and he made no mistakes. We want to take things one step at a time with him and this test was for Ma to have his first real contact with a Formula 1 car at every level. He did a great job and now we have to continue working so that he can continue to progress in his journey towards Formula 1."
F1 News HRT
<< Previous article Next article >>
.