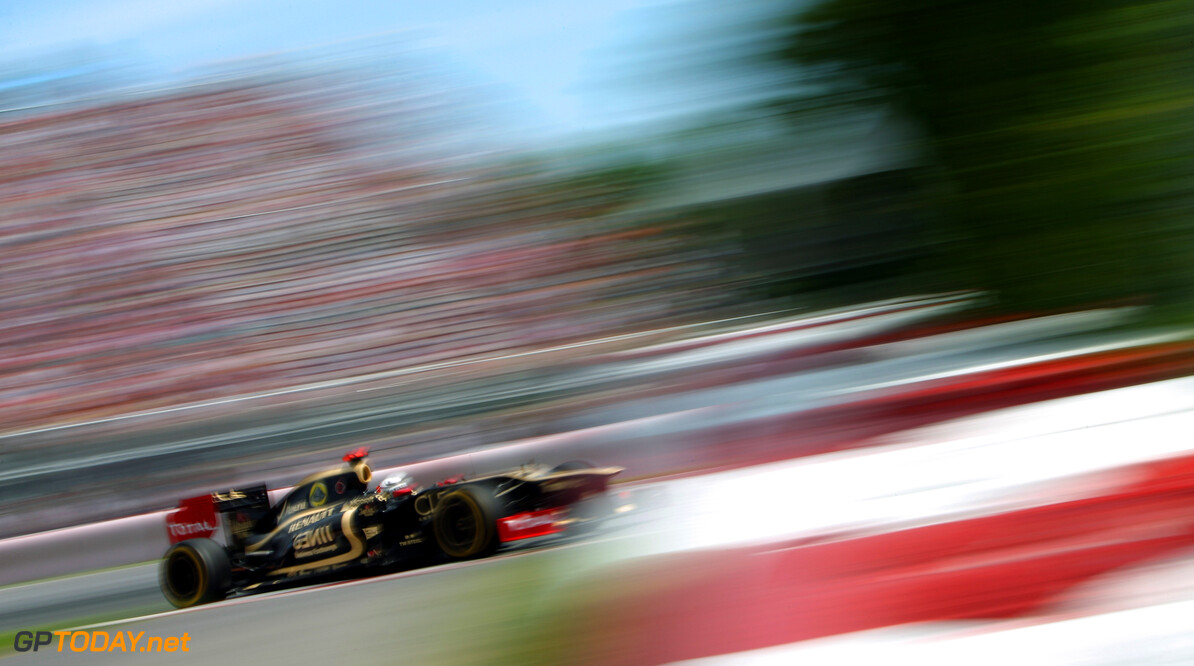 The Dark Knight Rises joins forces with Lotus at Silverstone

Lotus F1 team is delighted to announce that it will join forces with The Dark Knight Rises, the epic conclusion to Christopher Nolans Dark Knight motion picture trilogy, this weekend at Silverstone for the 2012 British Grand Prix (06-08 July). To celebrate the partnership both Lotus F1 Team cars - in addition to the teams garage, driver helmets and overalls - will feature the films iconic logo throughout the Grand Prix weekend. The legendary Tumbler vehicle will also be performing an on-track display with the Lotus F1 Team car and drivers Kimi Räikkönen and Romain Grosjean.

The display will take place on Thursday 5th July at 12pm on track at Silverstone (start/finish line) for Formula 1 accredited media, followed by a brief Q&A and photo call with both drivers, including the legendary motorcycle from the Dark Knight films, the Bat-Pod. For the remainder of the weekend, the Tumbler will be on show at the Sky display stand in the grounds of Silverstone.

Josh Berger, President and Managing Director, Warner Bros Entertainment UK & Spain: "We are delighted to be working together with Lotus F1 Team. We wish them every success this weekend. Formula 1 fans are often Dark Knight fans too, so we are confident this partnership will be warmly received around the world."

Eric Boullier, Lotus F1 Team, Team Principal: "This season we have been the dark horses in the championship fight, so this partnership with The Dark Knight Rises is a fantastic match. Our car, the E20, looks superb with the Batman branding and we are looking forward to seeing the reaction of our numerous fans when it takes to the Silverstone circuit this weekend. We are certainly hoping for an epic conclusion for The Dark Knight Rises E20 in the Grand Prix."
F1 News Romain Grosjean Kimi Räikkönen Lotus F1
<< Previous article Next article >>
.