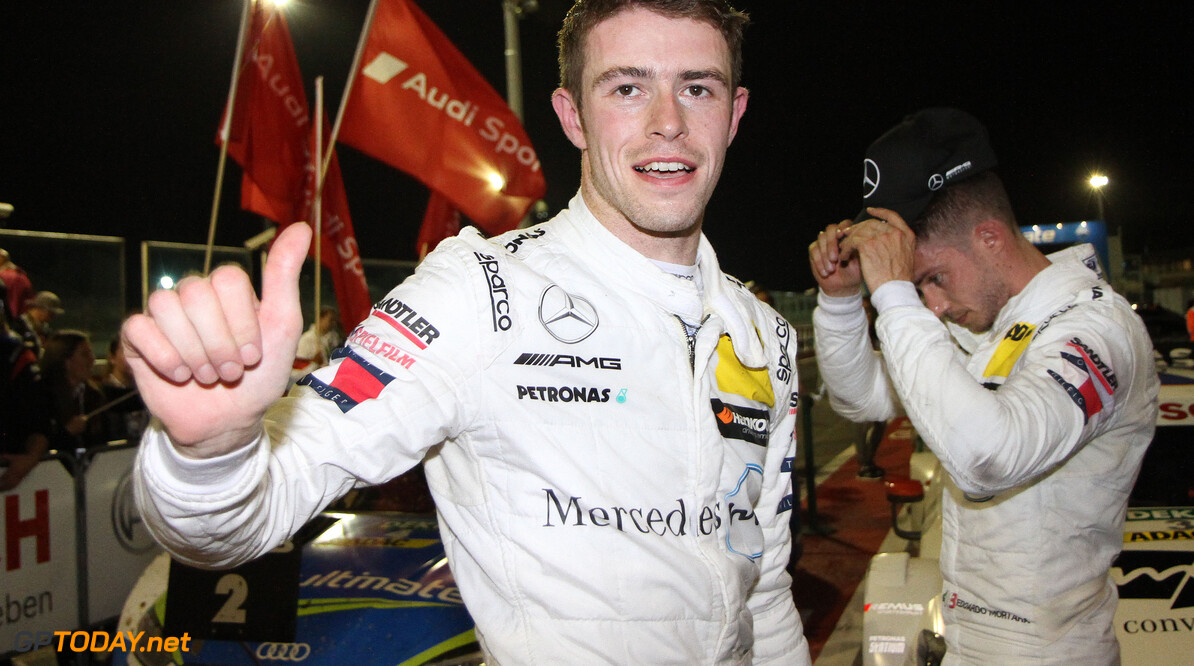 Paul di Resta will continue to race in the DTM series after Aston Martin confirmed his seat for the upcoming season.

Di Resta won the DTM title in 2010 with HWA, prior to the start of his three-year stint in Formula 1. He returned to the German touring car series in 2014, and enjoyed his most successful campaign since his return last year, finishing third in the drivers' championship.

The Scotsman will be a part of the Swiss R-Motorsport team, who have formed an alliance with HWA. Di Resta says that he was convinced of the project when he met the team's chiefs Florian Kamelger and Andreas Baenziger last year.

"We had a 20-minute chat over a cup of coffee in the paddock last year, and I was immediately convinced of their ambition and passion for this project," said the former Force India F1 driver.

"It's worth remembering that I've also worked with HWA since my Formula 3 days [he won the 2006 F3 Euro Series with an HWA-tuned Mercedes engine], and I strongly believe they're the standout organisation in every series they contest - they were one of the big reasons behind Mercedes' DTM success, and I've got absolute trust and belief that R-Motorsport can do the job.

"After Mercedes' withdrawal last year, R-Motorsport's Aston Martin announcement really lifted everyone's spirits - everyone's so eager to be part of this and, believe me, they mean serious business. The whole organisation is totally professional and 100 per cent focused - I think we can do this."