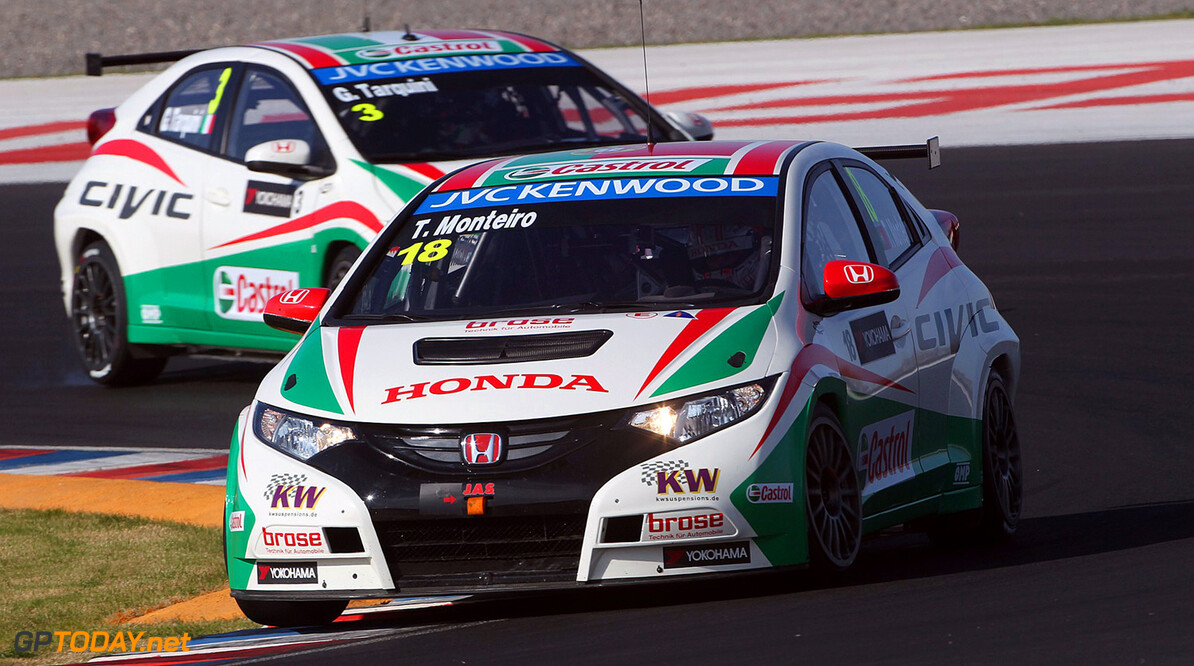 Honda confirms Tarquini and Monteiro for 2014

Honda has confirmed that current drivers Gabriele Tarquini and Tiago Monteiro will be retained for the 2014 FIA WTCC campaign.

Hideo Sato, General Manager of Honda's Motor Sports Division commented: "Always with a new car and a new programme there is many areas to work on and always we are against the clock. Thanks to the driving skill, experience and technical knowledge of Gabriele and Tiago and their hard work with the team, we have made great progress very quickly this year. They have both been fighting to get the Honda Civic WTCC into the results and to have won races and many podium positions is a great result. For 2014, I expect the regulations changes will create an exciting and dynamic racing season. I am confident that our two experienced drivers, who have intimate knowledge of the Civic, will be key to our success. I am very pleased to have them in the Honda Racing family for 2014 which will be another competitive season for sure."

Tarquini, who is currently second in the Drivers' Championship, said: "I am proud of the long relationship I have had with Honda, from the British Touring Car Championship times until today. We have such a good team spirit and everybody is working for one thing and that is to win the races. We have developed this car into a winner and soon we will start with the 2014 car so to see Honda renew its confidence in me is a great reward."

And Monteiro echoed: "It is a great honour for me to have been involved in this project since the beginning and actively participate in the development of the Honda Civic WTCC which has become a highly competitive and winning car. Working with the whole Honda Team is a privilege at all levels. For 2014 I want to continue the good work we have been developing with the team and Gabriele and achieve many more podiums. I'm already looking forward to the start of the new season."
WTCC News Honda
<< Previous article Next article >>
.