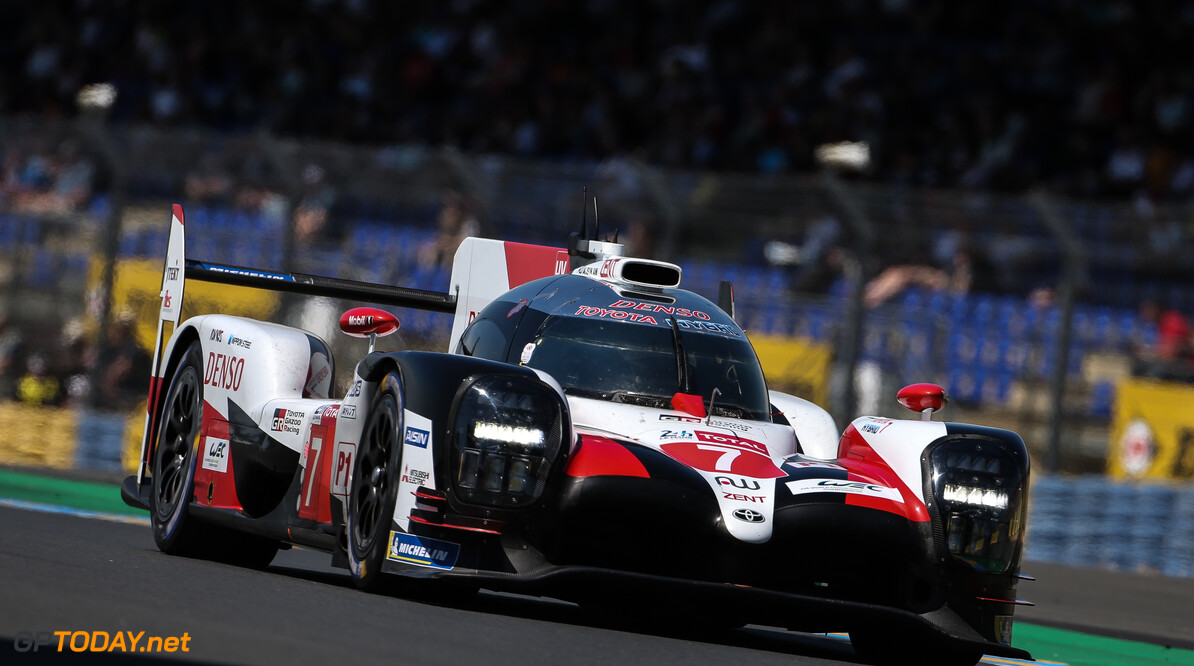 Kamui Kobayashi has ended practice from the Circuit de la Sarthe on top of the timesheets, setting a 3:18.091 in the latter stages of the session.

The session was interrupted by a red flag period as the skies opened during the four-hour outing, which disrupted proceedings. However, the rain soon cleared, which allowed the teams to get back onto the circuit before Q1 tonight.

The second Toyota, driven by Kazuki Nakajima, Sebastian Buemi and Fernando Alonso was fourth behind the #3 Rebellion Racing car, with Gustavo Menezes setting the fastest lap for the Swiss outfit.

While Toyota is the clear favourites heading into qualifying, the Japanese squad affirms that SMP racing could offer it a challenge.

"We are expecting a tough fight in qualifying, team director Rob Leupen said. "We will be under pressure, maybe not from Rebellion, but from SMP."

IDEC Sport topped the LMP2 field, with Memo Rojas' lap putting it to the top of that category ahead of DragonSpeed's Anthony Davidson.

G-Drive Racing, Graff and Signatech Alpine Matmut were third, fourth and fifth respectively in the LMP2, all separated by less than a tenth of a second.

This year's Le Mans 24 Hours has a record number of entries, with 62 cars competing between the LMP1, LMP2 GTE Pro and GTE Am classes.

Dempsey-Proton Racing was at the head of the GTE Am class, beating Spirit of Race and Aston Martin Racing by a handful of tenths.