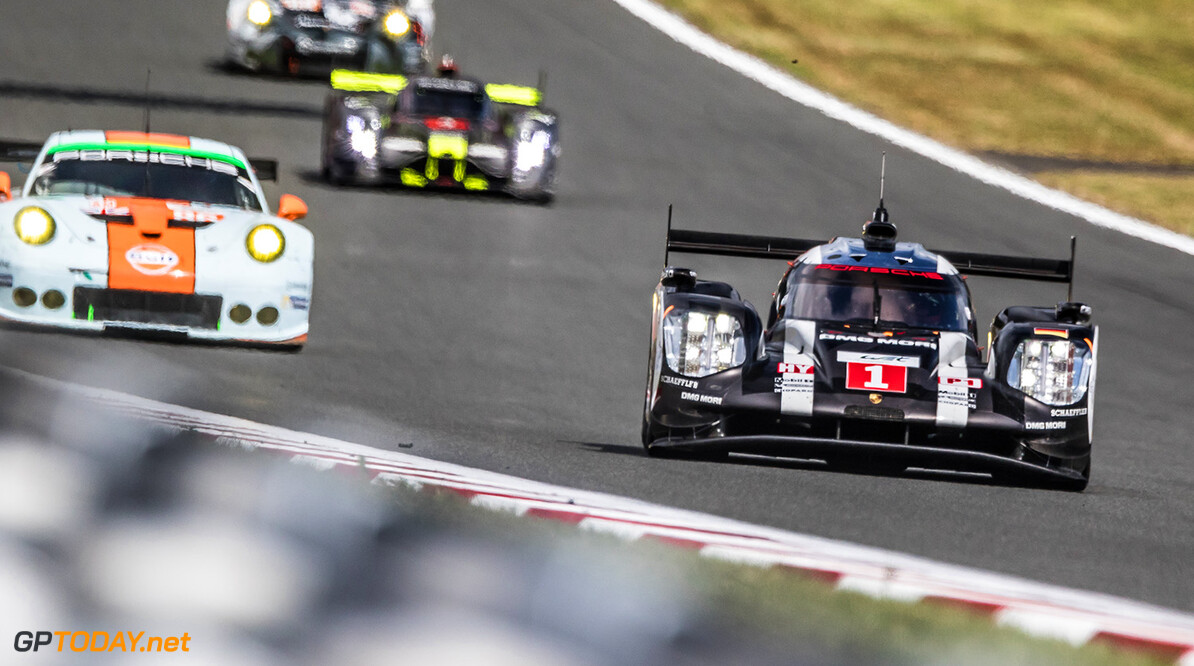 The #1 Porsche car of Brendon Hartley, Mark Webber and Timo Bernhard emerged victorious once again at the 6 hours of Shanghai as Porsche claim the constructor's standings.

The win means it's that Porsche secured their fourth win in five races. The #6 Toyota of Kamui Kobayashi, Mike Conway and Stephane Sarrazin crossed the line in second.

Third was the other Toyota, driven by Anthony Davidson, Sebastien Buemi and Kazuki Nakajima. The two Toyota's finished ahead of the #2 Porsche Neel Jani, Romain Dumas and Marc Lieb, which means the title battle will go all the way to the final round in Bahrain in two weeks.

Audi meanwhile had a disastrous race. The #8 team of Lucas di Grassi, Oliver Jarvis and Loic Duval had their title hopes quenched early on due to a malfunctioning fuel rig.

The car had to make more stops and because of this, crossed the line in a lonely fifth, three laps down from the victorious Porsche.

The #7 car of Andre Lotterer, Marcel Fassler and Benoit Treluyer just didn't seem to possess any pace and at all and then they made contact with their sister car, causing them to make a very long pit-stop. They finished sixth overall, sixteen laps down.