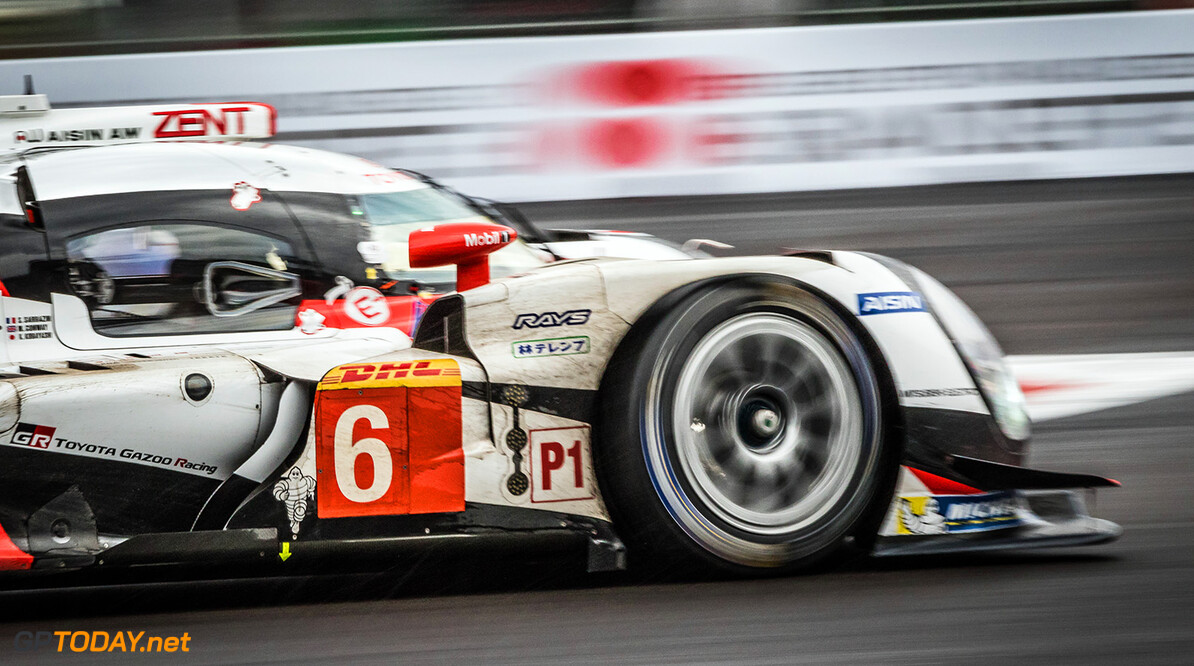 The 6 hours of Fuji endurance race was dramatically won by Toyota, as the #6 car took a strategic gamble and managed to keep the #8 Audi behind.

The #6 Toyota was relatively close to the Audi all race and did not opt for fresh tyres in the final pit stop meaning a much quicker stop and the lead of the race.

The #8 Audi pushed until the very end but couldn't pass the Toyota who take their first win in two years. It was also a slight redemption for the heart-breaking failure at 24 Hours Le Mans which cost them the victory.

Coming home in third was the #1 Porsche of Mark Webber, Brendon Hartley and Timo Bernhard. The Porsche, which has performed so well this season failed to life this weekend.

Also failing to get it's optimal performance this weekend was the #5 Toyota of Sebastien Buemi, Anthony Davidson and Kazuki Nakajima. They finished in fifth ahead of the #2 Porsche of Neel Jani, Romain Dumas and Marc Lieb.

The #7 Audi car of Andre Lotterer, Marcel Fassler and Benoit Treluyer, caught fire after a hybrid failure and was forced to retire from the race altogether.