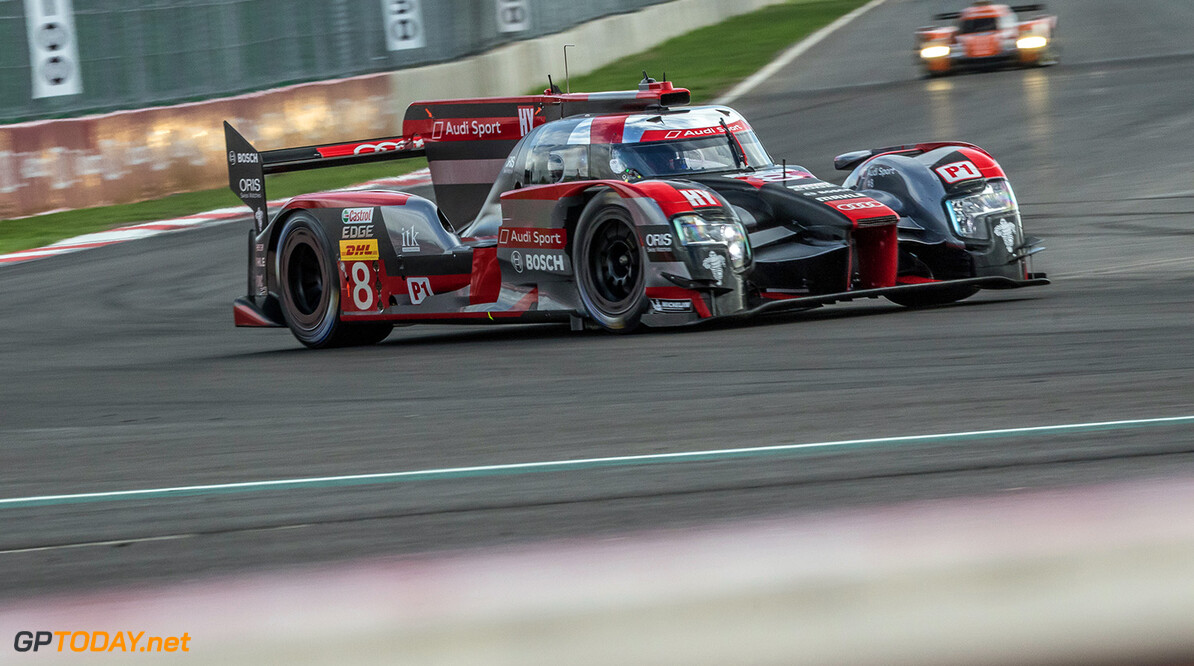 Audi have taken pole position for the 6 hours of Fuji endurance race over their rivals Porsche.

The busy twenty minute session saw times continuously fall with many drivers taking provisional pole only to be beaten by a rival. In the end it was the #8 Audi of Loic Duval and Lucas di Grassi who took pole with an average lap of 1 minute 23.570.

The Audi (which sees Oliver Jarvis join for the weekend) was ahead by two hundreds of a second as Timo Bernhard, Mark Webber, Brendon Hartley just failed to place their Porsche on pole. The #5 Toyota was third, one and a half tenths behind pole.

The second Toyota car will sit behind them, as their average lap time of 1 minute 23. 781 was only good enough for fourth position. The #7 Audi couldn't get anywhere near their sister car that sits on pole position, and will start fifth.

The #2 Porsche managed sixth position with the final LMP1 cars filling out seventh and eighth, the #13 Rebellion ahead of the #4 CLM.