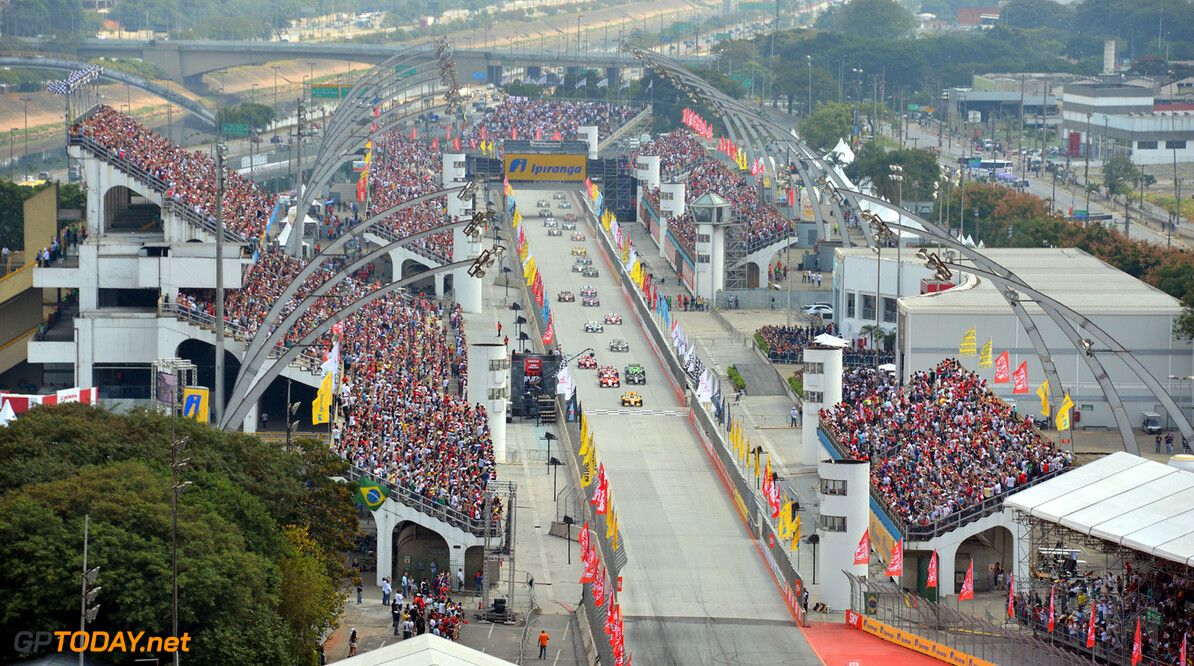 IndyCar reveals schedule for next season

Eighteen races over 15 event weekends highlight the 2014 IndyCar Series schedule announced today. The schedule includes a new event, the Grand Prix of Indianapolis, on a 2.343-mile, 14-turn road course at the Indianapolis Motor Speedway on Saturday, May 10, in addition to the return of doubleheaders at Detroit, Houston and Toronto.

The most diverse schedule in motorsports includes events on technically challenging road and street courses, short ovals and superspeedways that is sure to deliver another exciting year of competition. Race distances, times and network television schedules will be announced at a later date.

"The World's Fastest Spring Break Party," on the 1.8-mile St. Petersburg (Fla.) street circuit kicks off the season for the fourth year in a row on Sunday, March 30. Auto Club Speedway in Fontana, Calif., will host the season finale Saturday, Aug. 30, for the third consecutive year.

"The 2014 schedule reflects a more condensed North American calendar to increase the consistency with our race weekends," said Mark Miles, CEO, Hulman & Co., the parent of INDYCAR. "We'll be building momentum throughout the season toward crowning our champion on Labor Day weekend."

Miles added that the street course race in Sao Paulo, Brazil, which has been contested the past four years, may return in 2014 but is not part of the schedule now.

The 98th Running of the Indianapolis 500 Mile Race is scheduled for Sunday, May 25. Qualifying weekend is scheduled for Saturday, May 17 and Sunday, May 18. "We're excited about the new month of May at IMS and our first Grand Prix of Indianapolis," Miles said. "Many people want to see more of our racing, and we're putting some of it on our most iconic stage and building toward the '500.' We want to use the strength of the Indianapolis Motor Speedway and the '500' to leverage value for the IndyCar Series and vice versa."

Full-points doubleheader races on the Belle Isle, Houston and Toronto street courses return for a second year after producing scintillating action and championship-defining results. The event on the 1.634-mile, 10-turn temporary circuit at Reliant Park in Houston moves from early October to late June, which bundles the doubleheaders into a two-month span.

The annual night race at Texas Motor Speedway on Saturday, June 7, separates the Detroit and Houston dates. The second IndyCar Series race at the 2.5-mile Pocono Raceway on Sunday, July 6, followed by a night race at the .875-mile Iowa Speedway on Saturday, July 12, bisect Houston and the doubleheader on the Exhibition Place circuit in Toronto. The span represents racing on four consecutive weekends.

Additionally, the Milwaukee race has been moved from mid-June to Sunday, Aug. 17, while the fifth annual race at Barber Motorsports Park in Birmingham, Ala., has taken a date two weeks later to Saturday, April 26.

Four road and street course races will start the season, while the drive to the championship in August includes road course races at Mid-Ohio Sports Car Course and Sonoma Raceway, the race on the 1-mile Milwaukee oval and the closing race on the 2-mile Auto Club Speedway oval.

"With the most diverse calendar in all of motorsports, we want the build-up to the championship to reflect our versatility by featuring a short oval, a road course and superspeedway in the final three consecutive weekends of our schedule to highlight the talent of our drivers," said Miles.

Exciting racing, drama, a close driver championship and engine manufacturer competition has marked the 2013 season heading into the 500-mile finale Saturday, Oct. 19. There have been 10 different winners, including four for the first time, and Chevrolet and Honda are tied in points in their season-long duel to display superiority. Both have nine victories.