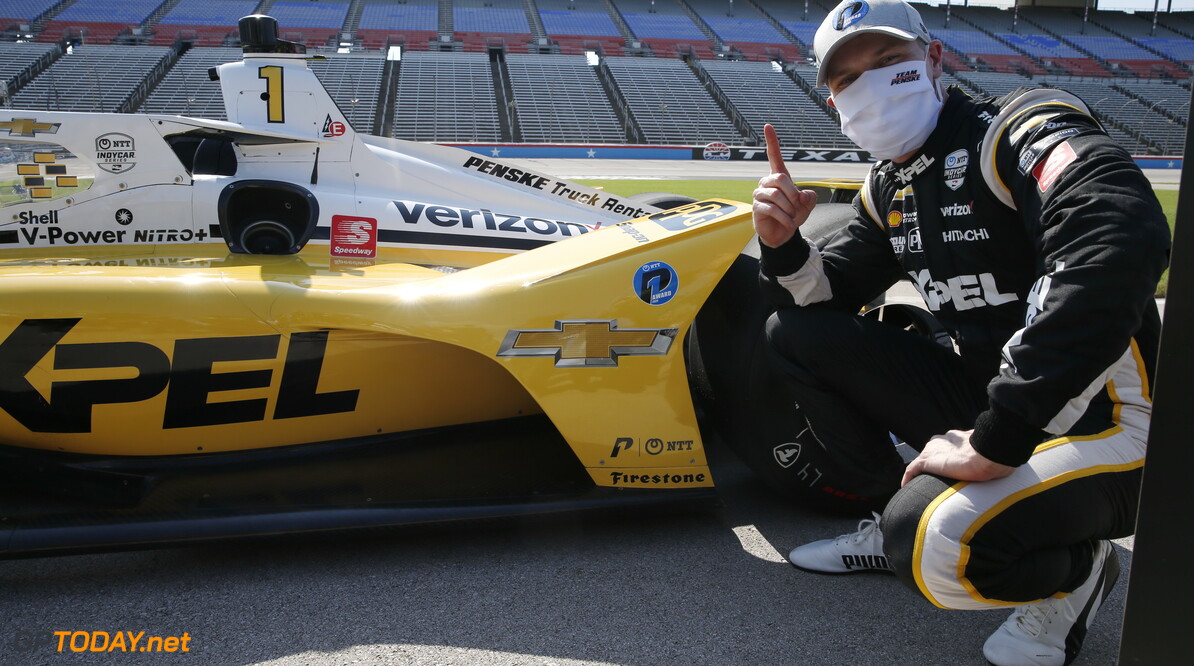 It will be Josef Newgarden that will start tonight's Genesys 300 in pole position ahead of Scott Dixon and Simon Pagenaud.

Chip Ganassi's Marcus Ericsson was first out to set a lap during qualifying after the team suffered a brief electrical fault earlier in the day but was quickly beaten by James Hinchcliffe.

Jack Harvey suffered during his run with an average time of 50.416 but was more concerned with learning the circuit during his first time competing at the Texas Motor Speedway.

Ryan Hunter-Reay and Zach Veach will start fourth and fifth, as Will Power and Graham Rahal will take the green flag in fifth and sixth

Charlie Kimball was next to take the top spot off Hinchcliffe, while Carlin's Conor Daly went provisional fourth during his run, eventually finishing qualifying in nineteenth position.

Tony Kanaan, starting his final season in IndyCar at Texas, slotted into second place during his qualifying run, just missing out on Veach's top time.

Takuma Sato did not manage to set a time after a spin in turn one sent last year's pole-sitter into the wall with a heavy impact. However, Sato did manage to exit the car without aid from the medical crew and was released from the circuit's medical centre.

Despite his crash in practice earlier on in the day, Hunter-Reay managed to take the top spot off Veach, with Dixon then managing to almost three tenths faster.

Newgarden then secured pole position from Dixon by a slim margin, only 0.02 of a second separating the drivers.

Alexander Rossi and Felix Rosenqvist will line up eighth and ninth on the grid, while Kanaan rounds out the top ten.