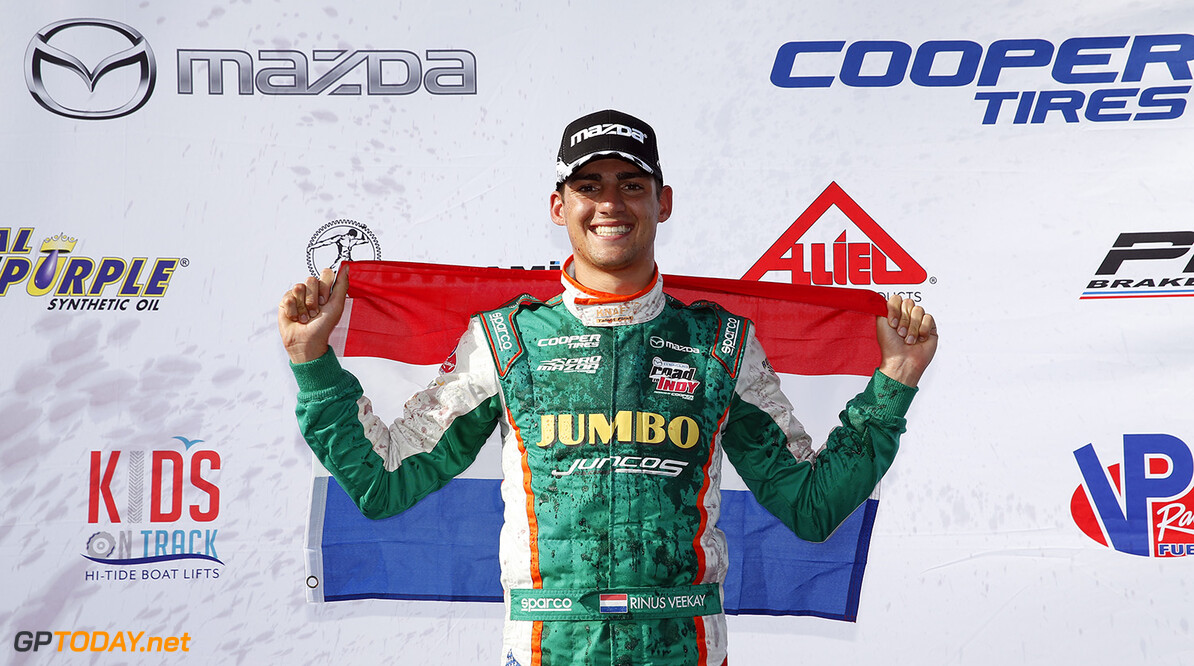 Ed Carpenter Racing has announced that Rinus Veekay has signed a contract to race the entire 2020 IndyCar Series.

The Dutchman will drive the #21 entry, and will receive guidance from Ed Carpenter, who will continue to contest the oval rounds of the championship.

Veekay took part in a test with ECR earlier this year at Portland, before getting another outing at Mid-Ohio. Speaking about his appointment, the 19-year-old described his deal as a "dream come true".

“I’m so happy," said VeeKay. “It’s a dream come true and something we have worked extremely hard for over the last couple of years. To step up from USF2000 to the NTT IndyCar Series in three years is really special.

“I would like to thank Ed Carpenter and his partners for this great opportunity and trust. The number of available seats in the NTT IndyCar Series is very limited, so it’s a great honor that they have chosen me to join their team.

"I would like to thank Jumbo, La Place, KNAF TeamNL, my new partner Basic-Fit, all my other partners, my manager Charles Crews, but most all my family who made this all happen. I’m really looking forward to the start of the season.”

Carpenter added:  “I have been following Rinus’s path through the Road to Indy, especially the past two years. It was clear to me that he deserves to be in an Indy car.

"After his first day in a car at Portland this past season, that feeling became even more apparent. His pace, feedback and demeanor inside the car was very impressive for such a young driver.”

With Carpenter contesting the oval rounds in the #20 car, there is still a seat open for the road and street courses for the season. How ill take on the seat is "still under consideration and will be announced at a later date".