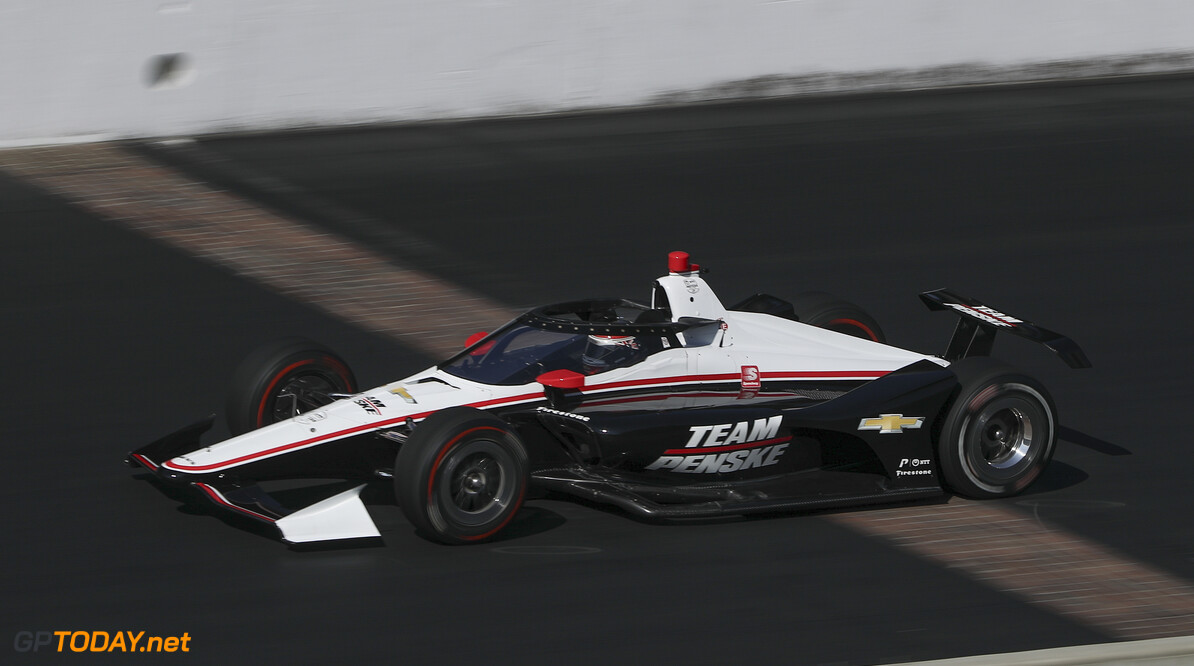 2014 IndyCar champion Will Power believes the Aeroscreen will prolong the careers of IndyCar drivers in the future.

The Aeroscreen will debut in the series in 2020, with testing currently underway in Indianapolis with Power and Scott Sixon.

The first day of running was held on Wednesday, and work will continue on Thursday as evaluations are undertaken by IndyCar.

Red Bull Advanced Technologies have built the device, which was announced in May as part of IndyCar's move to increase safety measures.

"I do think it would prolong a career, you feel a little safer, a lot safer," said Power. "I can remember a couple of times in the last five years on a superspeedway, there had been a big crash.

"Actually Scott's was one of them. I actually went like that with my arm [he motions his arm upwards to protect his face], not that that's going to stop anything, it's going to kill you.

"But that's how much stuff you see flying towards your head and how lucky you really get to get through all that stuff. Any time you're on a superspeedway and there's a big crash, it's just luck really, to me.

"It's just a matter of time until someone got caught again. So yes, having a family and all that, you probably won't think about retiring quite so soon."

IndyCar president Jay Frye confirmed that there would be further testing in wet conditions to analyse how the device reacts with the rain, amid worries that the drivers will have decreased visibility.

"Yeah, we'll look at that like we are trying to look at everything to go through the process," he said. "Even Tim Baughman is here with the AMR Safety Team.

"There's been talk about that. The Safety Team has been part of this entire process, too, so he's done a great job advising and guiding us as we go through this process.

Again, the Red Bull guys, one of the things I don't think we mentioned Dallara. Dallara has been a spectacular partner in this.

"They're so much integrated and so much part of us, a lot of times we talk about IndyCar, we're including them. They've been a huge help through this entire process, also.

"At this point we don't think there's any stone that's been left unturned, and we've still got some more things to go through but that would be one of them, yes."