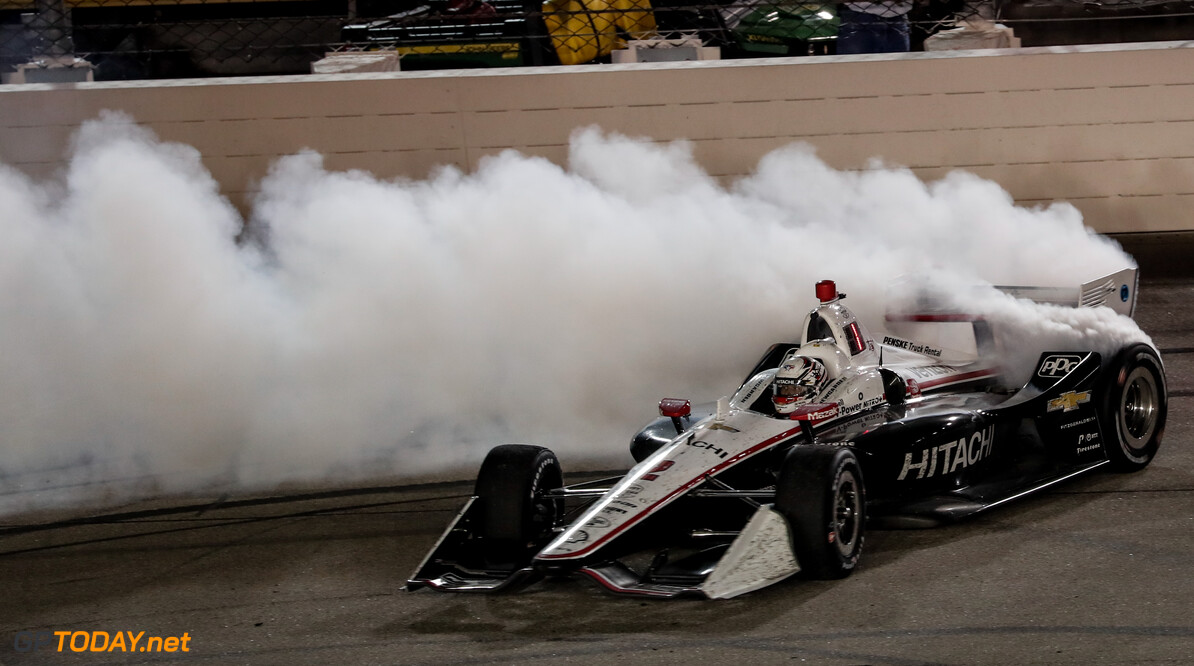 Josef Newgarden has won his fourth race of the season, as he dominated proceedings at the Iowa Speedway to extend his championship advantage.

The race was heavily delayed as a major storm hit the circuit moments before the green flag was deployed for the first time.

When the race eventually did get underway, there was another stoppage for over half an hour when the race had passed 50 laps, as the rain returned to the circuit.

Newgarden had claimed the lead of the race moments before the caution for the weather was deployed, and didn't give up the spot all the way to the chequered flag.

Scott Dixon had a strong race to charge to second place, benefitting from a yellow thrown out for Ed Carpenter, which allowed the Kiwi to make a free pit stop.

In the latter stages of the race, Dixon moved past James Hinchcliffe and Simon Pagenaud for second place, but couldn't make inroads on Newgarden, who dominated out in front.

Despite the act that he was running high right at the front of the field in the early stages of the race, a mistake in the pit lane saw a penalty come the way of Will Power.

Power ran too deep into the pit lane and was hit with a stop/go penalty, which saw him cross the line in 15th.

Pagenaud, who started the race from pole position had to settle for fourth behind James Hinchcliffe, who bagged his first podium finish of the year.

Spencer Pigot was fifth, in front of the Andretti duo of Alexander Rossi and Zach Veach. Graham Rahal was eighth, and was the last driver in the field to be put a lap down.

After a disappointing qualifying, Sebastien Bourdais recovered to ninth while Tony Kanaan took his second-best result of the season, rounding out the top ten.