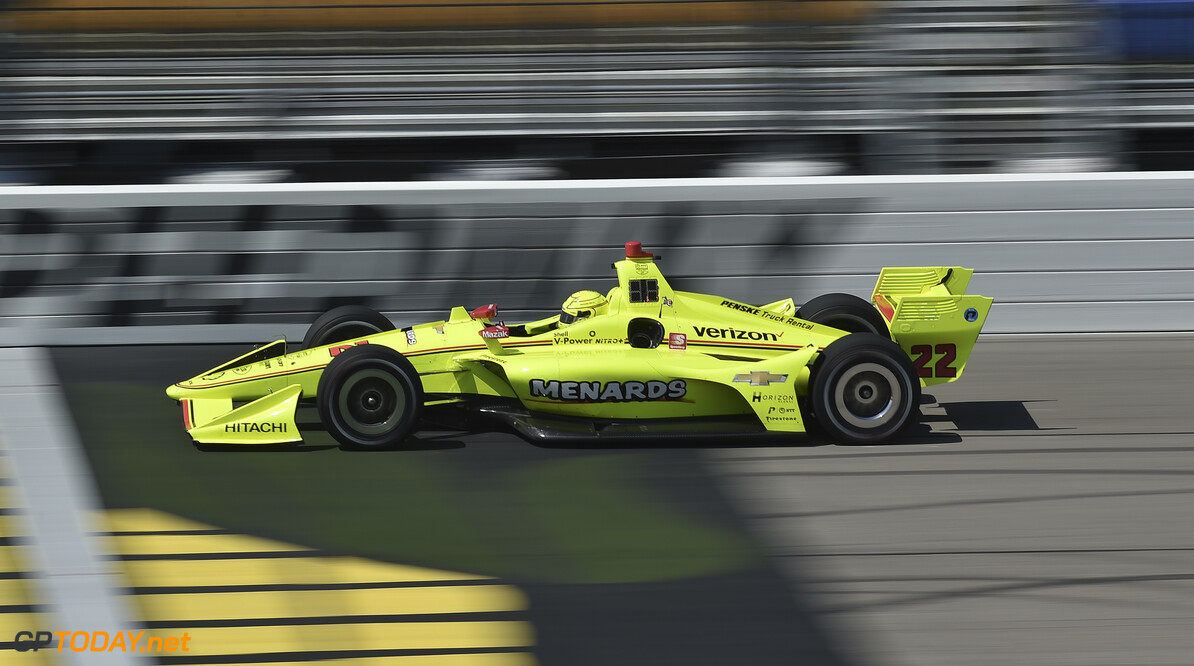 Simon Pagenaud has ended the final practice session from the Iowa Speedway out in front following on from his pole position earlier today at Newton.

Team Penske dominated qualifying, filling out the top three positions with Josef Newgarden in third almost 2 mph ahead of the team's nearest competitor.

Newgarden ended the final practice outing in second place as team evaluated run plans ahead of Saturday night's race. Pagenaud's best lap speed was a 174.462 mph, well down on what he achieved in qualifying.

After a difficult qualifying session, Ed Carpenter was third ahead of Scott Dixon. Conor Daly will take encouragement from his P5 finish heading into the race, although he will start the event from further back on the grid.

Colton Herta was the leading rookie in the field, narrowly edging out fellow rookie Marcus Ericsson for sixth place.

Will Power, who will share the front row with Pagenaud for the start of Saturday's Iowa 300. The top ten was rounded out by the Andretti duo of Ryan Hunter-Reay and Alexander Rossi.

Takuma Sato, who was Penske's closest challenger during qualifying, was the busiest driver in the session, as he clocked 124 laps in the 60-minute session.

The Japanese racer ended the day 18th on the timesheets. Two places down on Sato was Marco Andretti who set the least amount of laps of any driver - 64.