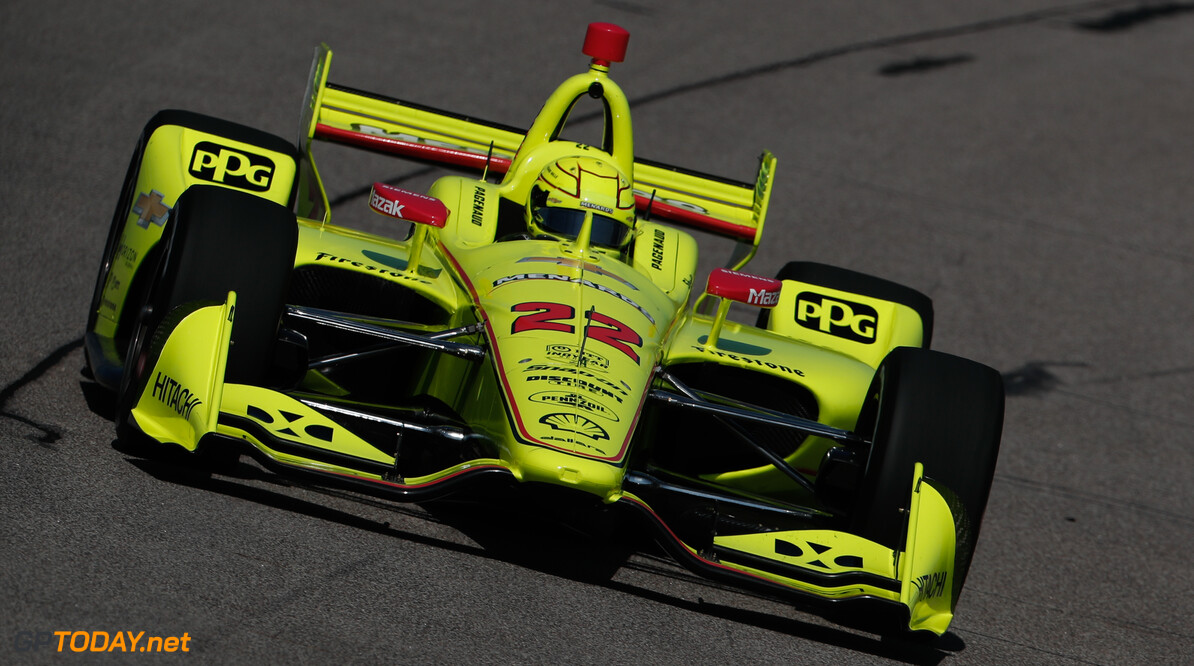 Simon Pagenaud took his second consecutive pole position and his third of the 2019 season at Iowa, as Team Penske dominated the qualifying session.

Pagenaud's two-lap average read a 180.073 mph, with the Frenchman being the only driver to get into the 180s.

Pagenaud was the third last runner to take to the course, as his teammates Will Power and Josef Newgarden followed.

However neither could best the time laid down by Pagenaud, with Power and Newgarden slotting into second and third respectively - making it a Penske top three.

Penske has looked strong all day, as it ended the preceding practice session filling out the top three slots, however it was Newgarden on that occasion.

Behind the top three, the competition didn't have an answer for Team Penske, with its closest challenge coming from Takuma Sato, whose two-lap average was almost 2 mph down on Newgarden's.

Sato will start Saturday's race from fourth on the grid, ahead of Arrow Schmidt Peterson Motorsport's James Hinchcliffe.

SPM looked strong all throughout the session with Marcus Ericsson holding the top spot for a long time before getting bumped by some of the bigger teams.

Alexander Rossi was the leading Andretti car, slotting his car into sixth place ahead of Graham Rahal and Scott Dixon, who doesn't have an Iowa Speedway win as part of his current tally of 44.

Ryan Hunter-Reay was ninth ahead of Ericsson, who dropped back in the final stages of the session, but still managing to place as the highest rookie.

Two more rookies followed suit with Colton Herta and Santino Ferrucci filling up the spots on the sixth row, ahead of Tony Kanaan and Sage Karam.

Felix Rosenqvist struggled to end the session in 15th in front of Conor Daly. Ed Carpenter Racing had a difficult day, as Carpenter himself was 17th while Spencer Pigot was 19th, Marco Andretti between them.

Zach Veach was 20th, while Sebastien Bourdais had a miserable session to find himself on the back row, sharing it with Matheus Leist who ended the qualifying shoot out at the bottom of the timesheets.