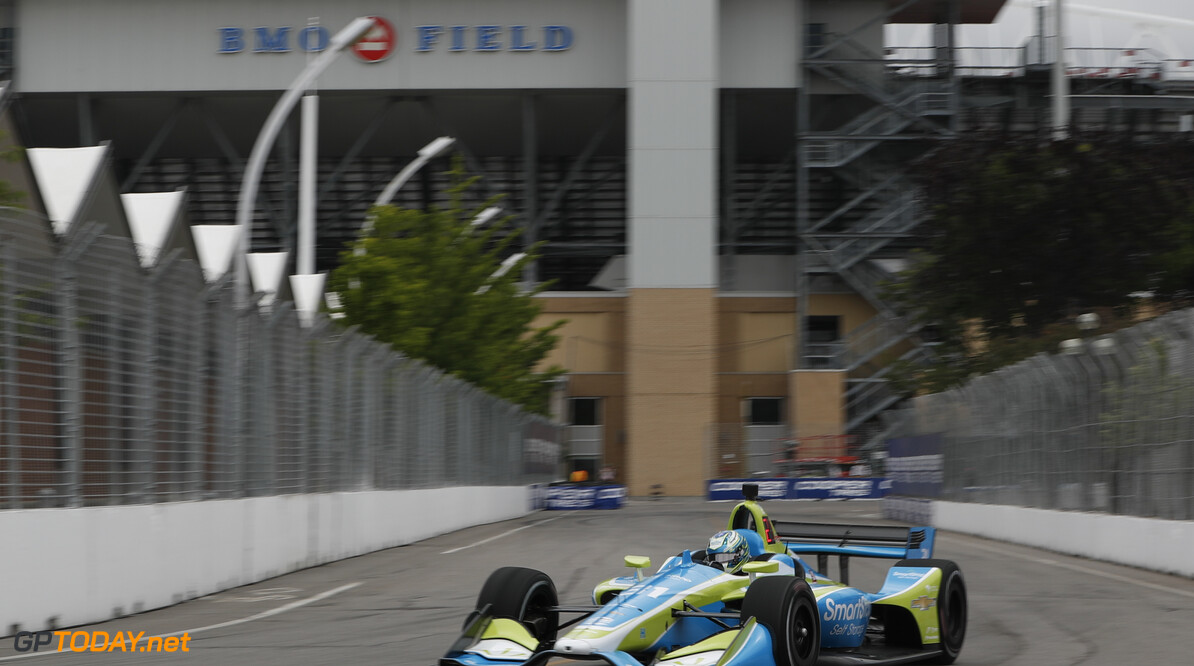 Karam, Daly to race for Carlin at Iowa

Sage Karam and Conor Daly will form Carlin's line-up for the Iowa 300 this weekend, the team has confirmed.

Daly made his first appearance of the season for the team at Texas following on from his impressive display at the Indianapolis 500 with Andretti Autosport.

Carlin confirmed earlier this year that Max Chilton would step down from racing at ovals following the Indy 500.

Karam had his first outing for the team last time out in Toronto, crossing the line in 21st in what was his first road course start since 2015.

"We were very impressed with Sage's steady progression throughout the Toronto race weekend and his willingness to learn and adapt," team principal Trevor Carlin said.

"The fact that he hadn't been on a street course since 2015 and was still able to come right out of the gate confident and constantly improving every session was extremely impressive."

Both Karam and Daly have racing experience at the Iowa Speedway. Karam claimed his first and so far only podium at the track in 2015, when he raced for Chip Ganassi.

Daly has two starts at the circuit to his name, which came in 2016 and 2017 for Dale Coyne Racing and A.J. Foyt Enterprises respectively.