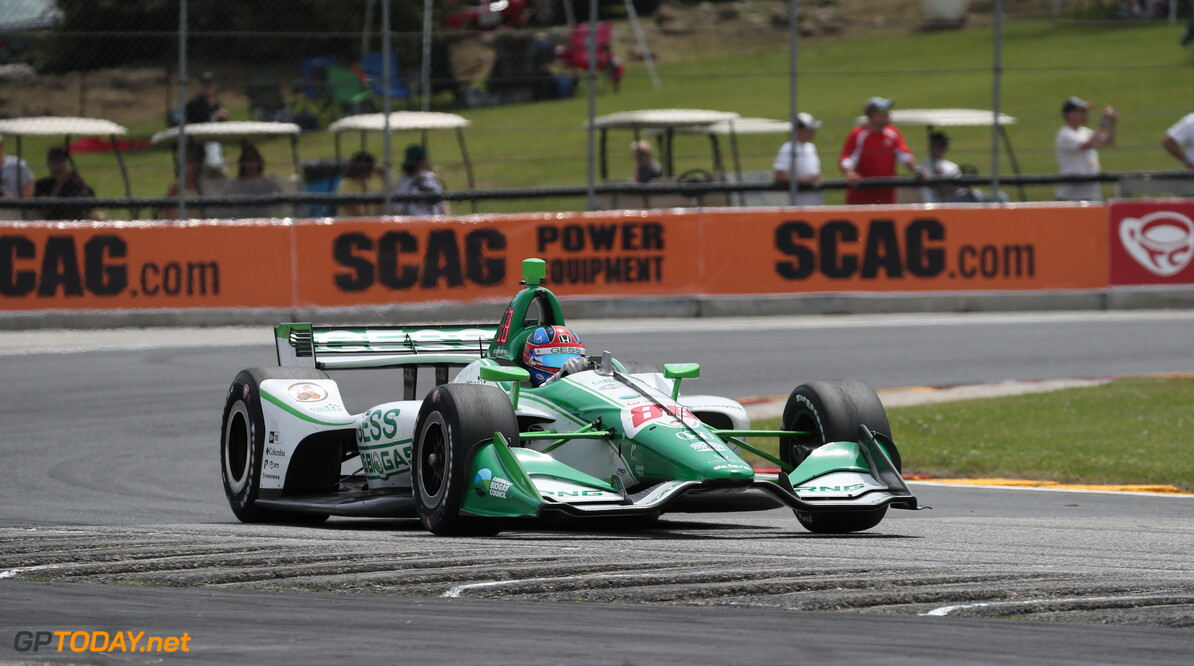 Colton Herta has taken his very first career pole position in the NTT IndyCar series, as he set a 1:42.9920 around the Road America course to take the top spot.

Herta won his first race in just his third start earlier this year at the Circuit of the Americas, and has followed it up with his maiden pole, beating Alexander Rossi.

Rossi had the initial pace as the first laps were set in the Fast Six, however on his last lap, Herta pulled two-tenths over his semi-teammate.

The pole means that Herta is now the youngest pole-sitter in IndyCar history at 19 years of age, adding to the achievement of the youngest race winner.

"It seemed like that it took two laps for the tyres to get up to temperature so that was thinking behind that, I think the others did one and two or one and one," Herta said.

"I'm so proud of the car, they did such a good job on the Gess Green car. We've been fast all weekend and this is just the cherry on top. We'll have our work cut out for us tomorrow, but hopefully we can do the same thing."

Rossi said of the closeness of the fight: "It's the NTT IndyCar Series, it's what we have week in week out. It requires perfection from the team and the driver, but it was a good day for us. congratulations to Colton, he did a good job.

"It's a shame to miss out on the point that we need but we're ahead of Josef [Newgarden], so we'll try to do the same tomorrow."

On row four, Sebastien Bourdais shares the track with Spencer Pigot, who was the lead Ed Carpenter Racing car.

Scott Dixon, whose championship hopes took a hit last time out in Texas after a collision with Herta, is set to start from 12th, behind James Hinchcliffe, Marco Andretti and Ed Jones.

Despite budget issues casting a shadow over his season, Patricio O'Ward was the second highest rookie in the field, sharing the seventh row with Zach Veach, and ahead of veterans Ryan Hunter-Reay and Simon Pagenaud.

Row nine sees an all Swedish line-up as Marcus Ericsson starts ahead of compatriot and fellow rookie Felix Rosenqvist.