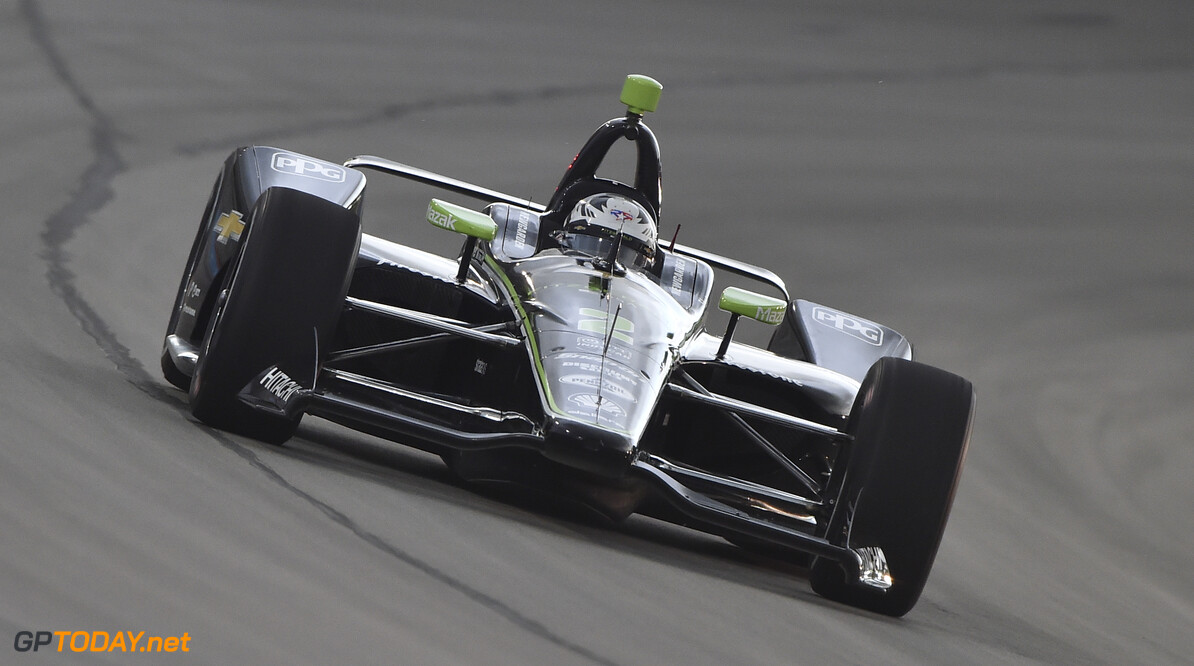 Josef Newgarden has won the DXC Technology 600, holding off Alexander Rossi in the final laps to take his third win of the season.

Newgarden's strategy allowed him to emerge in the lead after he made his final pit stop, as he pitted earlier in the races under a caution.

Newgarden then stayed ahead of Rossi who tried his best to get by his compatriot. Rossi was struggling all race to make moves at Turn 1, the best opportunity on the speedway.

Rossi crossed the line less than a second behind Newgarden, who extends his lead in the drivers' championship. Graham Rahal was third, picking up his first podium of the year.

There were three yellow periods during the race, the first of which came when Zach Veach hit the wall and spun out. The second arrived when James Hinchcliffe also crashed on his own, ending hopes of a potential podium finish.

Scot Dixon's championship hopes took another major hit as he came together with Colton Herta in the latter stages of the race as they battled for second place, putting both drivers out.

Takuma Sato led the opening 60 laps of the race, holding off Dixon after taking pole position on Friday evening.

However, the Japanese driver lost it all when he made his first pit stop, locking up as he pulled into his pit box. The Rahal Letterman Lannigan Racing driver hit a crew member which resulted in a pit lane penalty.

The penalty was further pain added to the amount of time Sato lost while the team recovered the car, putting him out of contention.

Santino Ferrucci secured by far his strongest result in his IndyCar, coming home in P4. The Dale Coyne Racing driver fended off Ryan Hunter-Reay, who pitted for fresh tyres before the final restart.

Simon Pagenaud was sixth ahead of Marcus Ericsson, who arrived in Texas on the back of his first podium finish in the IndyCar Series.

Sebastien Bourdais was eight while Will Power came home in ninth, one lap down in what was a difficult day for the Penske driver. Marco Andretti rounded out the top ten.