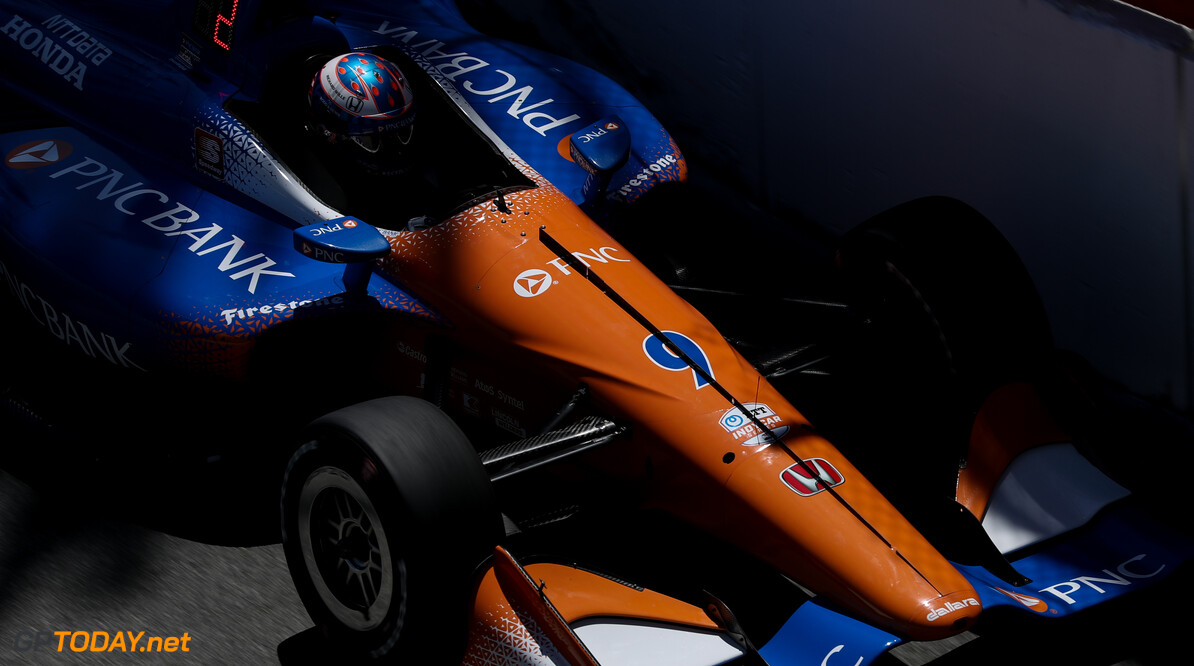 Scott Dixon has topped the opening practice session from the streets of Detroit, leading Team Penske's Will Power by over three-tenths.

Dixon's lap time read a 1:16.7418, as he set 13 laps in the morning session. The first Andretti car was third, with Ryan Hunter-Reay marginally behind Power.

Josef Newgarden and Graham Rahal followed in fourth and fifth, as Newgarden heads into the weekend looking to reclaim the lead in the championship after losing it following Simon Pagenaud's victory at the Indianapolis 500.

Rookie Colton Herta was sixth, ahead of his semi-teammates Zach Veach and Alexander Rossi.

Rossi had a close call with the barriers during the session, as he corrected the car which brought him near to the outside wall.

Indy 500 contenders Spencer Pigot and Takuma Sato rounded out the top ten, with Sato ending the session just within one second of pace-setter Dixon.

This weekend in Detroit sees two races, with the first being held on Saturday, while the second occurs on Sunday.