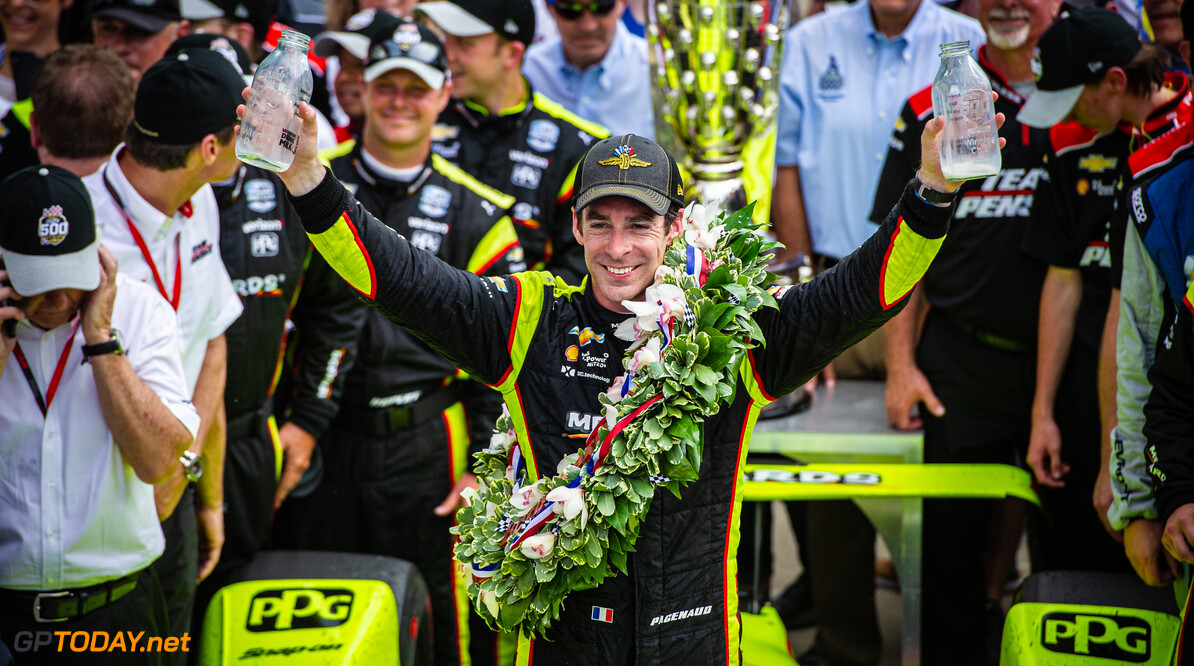 Simon Pagenaud says the biggest dream of his life has come through following his victory at the 103rd Indianapolis 500.

The Frenchman held off a challenge from Alexander Rossi after a late restart to take his first 500 win, denying Rossi his second.

MORE: Indianapolis 500: Pagenaud sweeps the month of May with Indy 500 win

Pagenaud led 116 laps on his way to the win, only getting passed by Josef Newgarden around the 3/4 mark, and Rossi when they jostled for position towards the end.

“It's amazing. It's another dream come true, and the biggest dream of my life come true," Pagenaud said. "It's hard to fathom, really. It's really hard to process it right now, but I'm just filled with a lot of joy.

“I drove really spirited today, but it's just incredible.I can't take all the credit because I think it showed I had the best car out there.

“The car was just on rails; the yellows came out perfectly. The stars are aligned. It’s pretty amazing."

Pagenaud's car owner Roger Penske never lost faith in the 35-year-old, saying that there was no way that anyone could have beaten the pole-sitter on Sunday.

“Simon wasn't going to be beat today,” Penske said. “He raced clean, and that's what I have to say about Rossi also. The two of them for the laps that they ran side by side was as good of racing as you've ever seen here.”