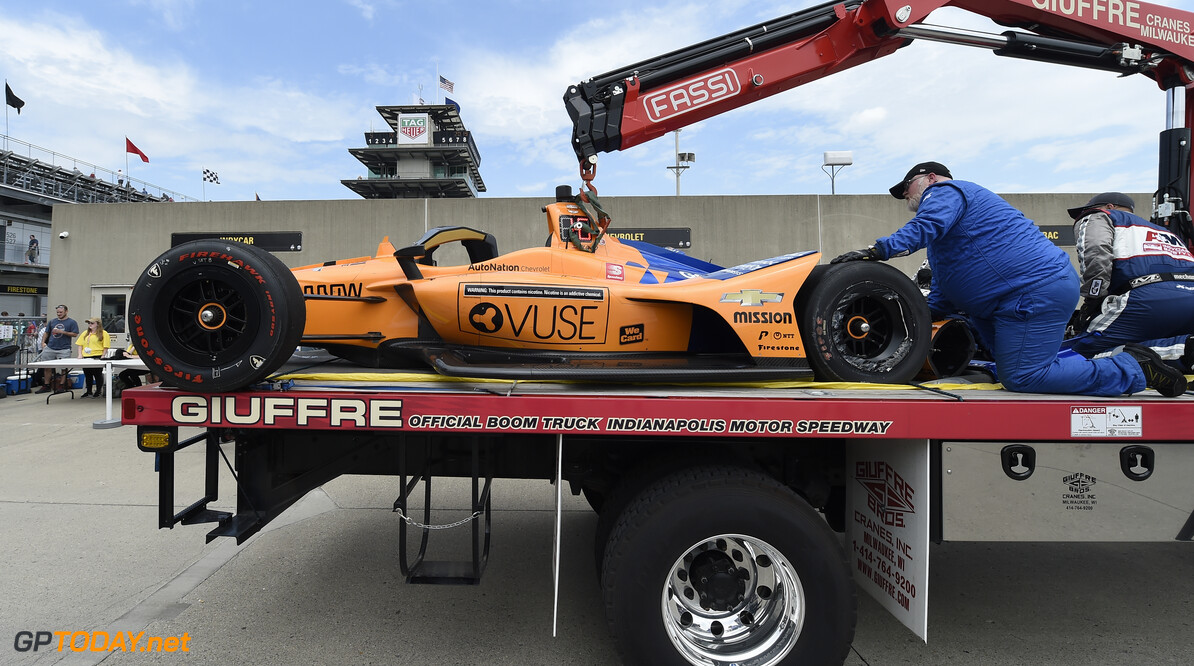 The championship leader, who has not yet taken a 500 win, was marginally ahead of Scott Dixon in second place, while Spencer Pigot rounded out the top three.

There were two big crashes during the session, as Fernando Alonso succumbed to the track. The Spaniard hit the outside wall and skidded to a halt, wrecking his McLaren and ending his day early.

McLaren is expecting to bring the chassis that Alonso tested in Texas for tomorrow's practice session.

Rookie Felix Rosenqvist also had a hard hit during the session, as he got loose at Turn 2, which sent him spinning into the outside wall.

He Swede narrowly avoided collected Will Power as he came back across the track before lodging the car in the barrier.

The field was covered by eight-tenths of a second, with the slowest speed being set by Ben Hanley.

The DragonSpeed driver managed a 224.361 and ended the day bottom of the standings, behind 2016 winner Alexander Rossi and Pippa Mann.