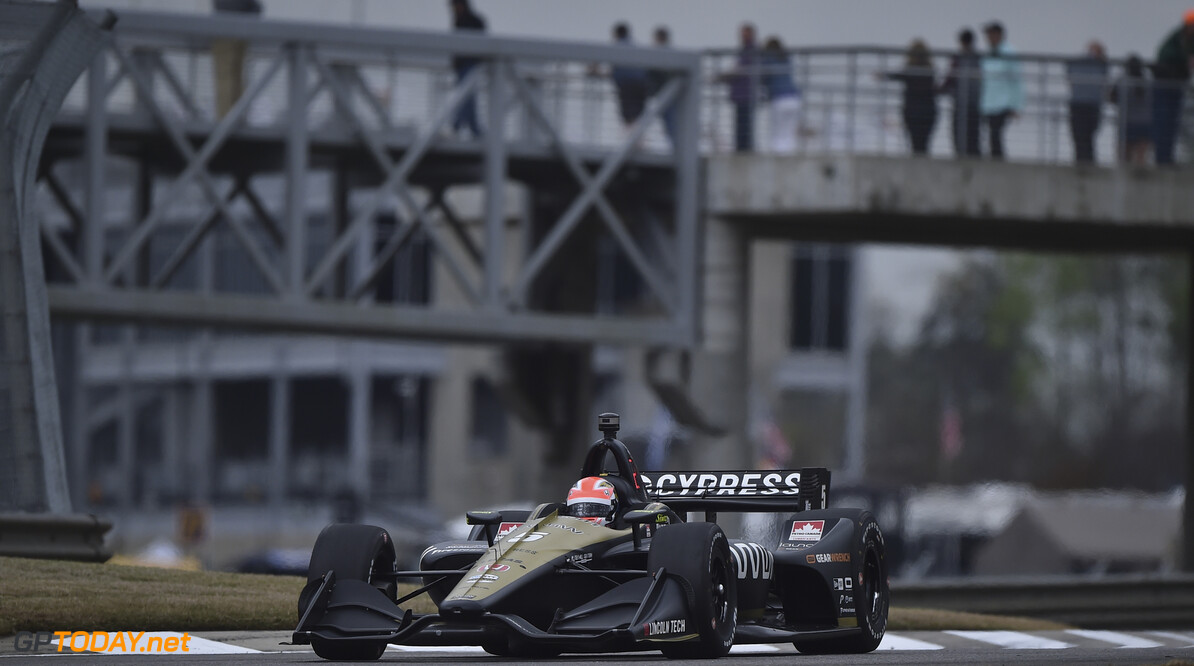 James Hinchliffe has topped the final practice session of the weekend in Barber, starting where he left off on Friday - on top of the timesheets.

The Canadian's best lap was a 1:08.735, which was set right at the end of the session, as drivers managed one final lap following a red due to an off from Graham Rahal.

Rahal wasn't the only driver that found trouble, as Marcus Ericsson, Hinchcliffe's teammate, hit the barrier at Turn 2 after he drifted out wide. Moments before Ericsson's off, Ryan Hunter-Reay ventured off at the same corner, taking the grass path back onto the race track.

Sebastien Bourdais was second ahead of Scott Dixon in third, as the reigning champion sets his eyes on a strong qualifying as he aims to take his first win at the Alabama circuit.

Colton Herta was fourth, leading Takuma Sato, who was one of many drivers to find the grass at some point during the session.

As he looks to continue his strong start to IndyCar, Felix Rosenqvist was eighth. Max Chilton was ninth, while Alexander Rossi rounded out the top ten as the leading Andretti car.

The other two Penske's of Will Power and Josef Newgarden were down in 15th and 17th respectively, and will both be looking for a leap in pace for qualifying as they boast five Barber wins between them.