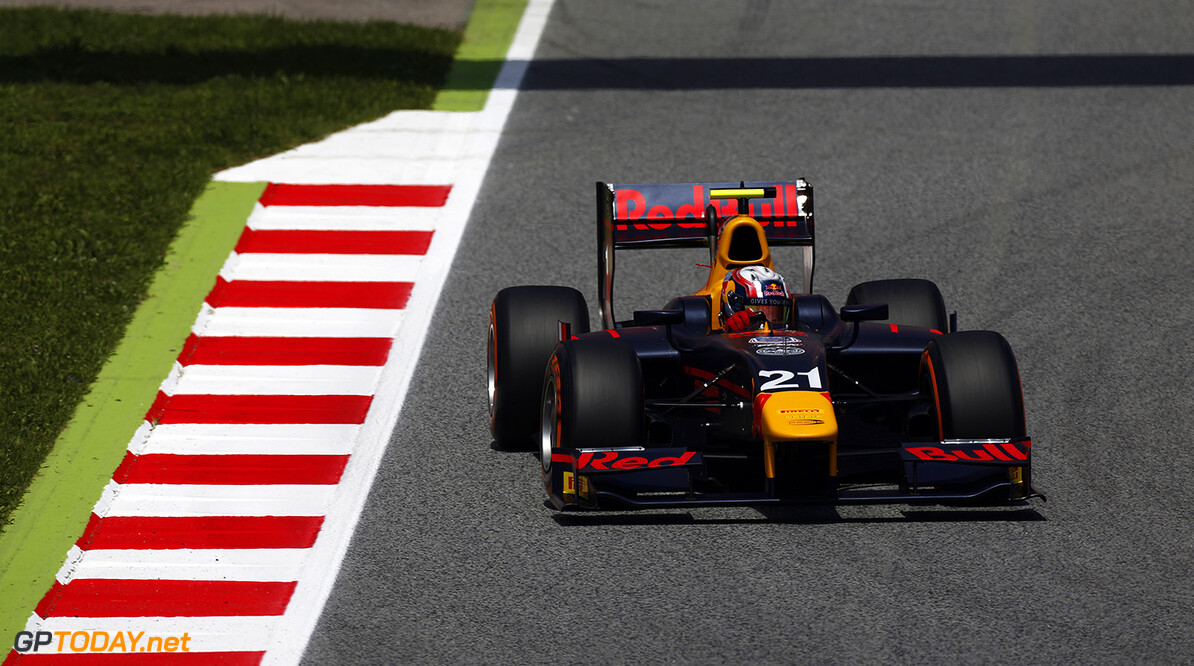 Pierre Gasly has been excluded from the Hockenheim GP2 feature race after a fire extinguisher violation.

The Red Bull protégé had a poor start tot he race, dropping from second to 12th in the opening lap but fought his way through the field to claim third by just 0.03 seconds.

During the race however, footage showed what appeared to be something leaking into the cockpit. After the race it was discovered that the fire extinguisher in Gasly's car was in fact empty.

The stewards released a statement saying that they "considered that the car did not comply with the safety equipment regulations," as a result the Frenchman was kicked out of the race.

Gasly's exclusion has major repercussions in the championship race, with his lead over race winner Sergey Sirotkin shrinking from 21 points to six.

For Sunday's Sprint race it also elevates his PREMA team mate Antonio Giovinazzi to pole, ahead of Alex Lynn, while Gasly will have to start at the rear of the field.