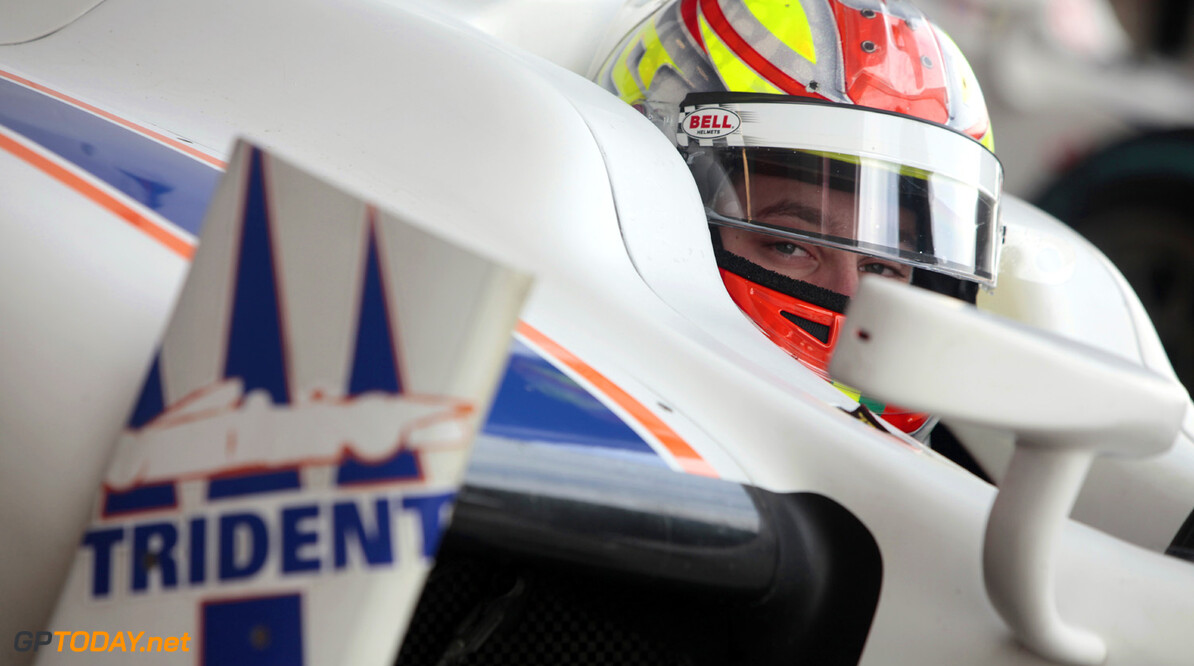 Berthon and Ceccon kick off season for Trident

Trident Racing have confirmed today that Frenchman Nathanaël Berthon and Italian Kevin Ceccon will be joining them for the opening round of the 2013 GP2 Series season in Malaysia. Berthon, 23 years old, is on his second season in the Series. A strong 2012 season saw him stand as one of the best rookies, pocketing two podium finishes in the process. Ceccon, 19 years old, previously ran 10 races during the 2011 GP2 Series season. Last year he entered the GP3 Series and finalised his plans to be back in GP2 just a few days before the start of this season.

Nathanaël Berthon: "First of all, I would like to thank Trident and all the people who made this possible! I Know I am not in the "perfect" conditions since I could not complete all the pre-season tests, but, I kept on working hard in case this would happen and it happened! I feel more than ready and I am confident for this season because I have one year experience in GP2 under my belt, but also because I feel Trident is supporting me fully and they show me that they want to work and progress with me."

"I am more than happy to be with Trident. This team is like a family, and they work really closely with the driver. I already knew a few of them before joining the team, and after spending some days with all of them, I can honestly say they are a great group of people, with a lot of experience and knowledge and with extra motivation to win. They are people who build a real realtionship with their drivers and communicate a lot, and in only three days of testing I have learnt a lot in terms of engineering and technical parts. I think, I have all the ingredients to do a successful season and fight at the top!"

Kevin Ceccon: "When I realised that I was leaving for Sepang, it was a fantastic feeling! The opportunity to get back behind the wheel of a GP2 car may be unexpected, but I am so excited for this. It will not be easy since the last time that I drove a GP2 car was in November 2011. I will also have to get familiar with the Sepang track but in spite of these challenges, I can't wait to get back in the car. I would like to take this opportunity to thank my management, Stefano Zuech and Tiago Monteiro for all their help. They were the minds behind this opportunity and I hope to reward their trust and that of Trident Racing's in the best of ways."
GP2 News Trident
<< Previous article Next article >>
.