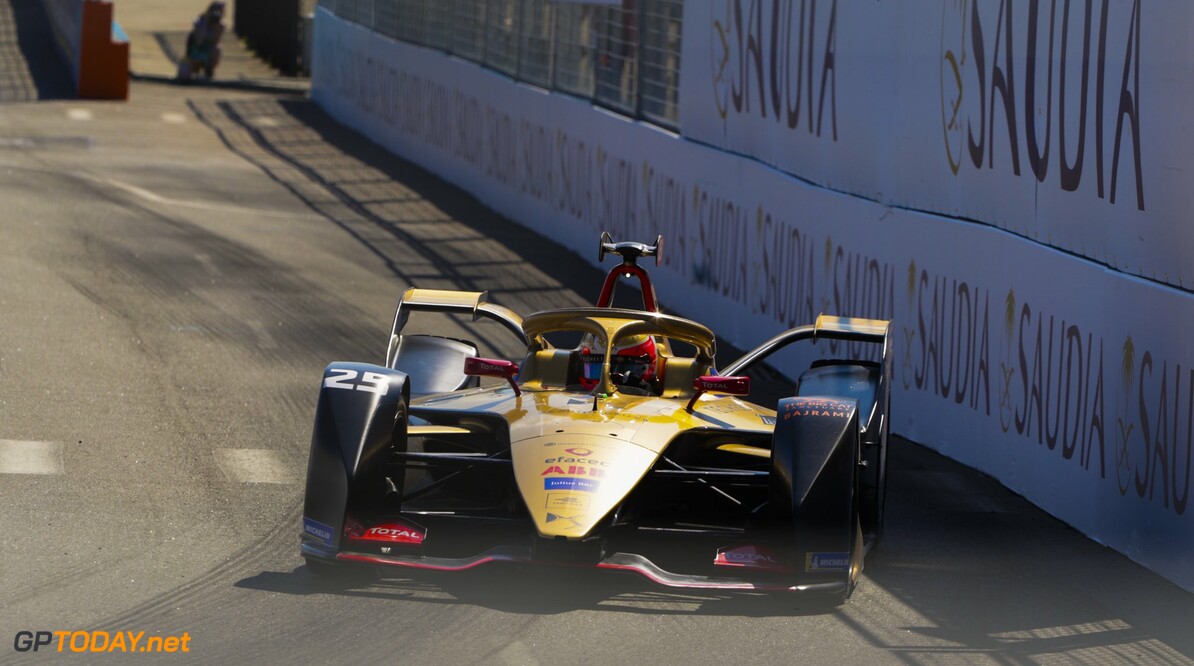 Robin Frijns has won the final race of the 2018/19 Formula E season as Jean-Eric Vergne becomes the first ever double FE champion.

Vergne was the strong favourite coming into the race and avoided any major dramas, while fellow contenders Lucas di Grassi and Mitch Evans couldn't make up the positions needed.

On the final lap of the race, di Grassi and Evans came together, which secured the championship for Vergne before he crossed the line.

Techeetah also wrapped up the teams' championship, despite Andre Lotterer retiring from the race early on.

At the front, Frijns lost second place at the start and was passed by Buemi, while Alexander Sims was unchallenged in first place.

A safety car was called when Lotterer retired from the race, as he came together with Jose Maria Lopez on the opening lap.

Following the safety car, Frijns passed Buemi and then Sims to take the lead and controlled the pace from thereon in, claiming his second win of the season.

Sam Bird followed home in fourth, marginally ahead of Daniel Abt, who was confirmed as a season six Audi driver this weekend.

Champion Vergne was seventh, as behind him came ex-Formula 1 driver Stoffel Vandoorne, who picked up the fanboost award at every round this season.