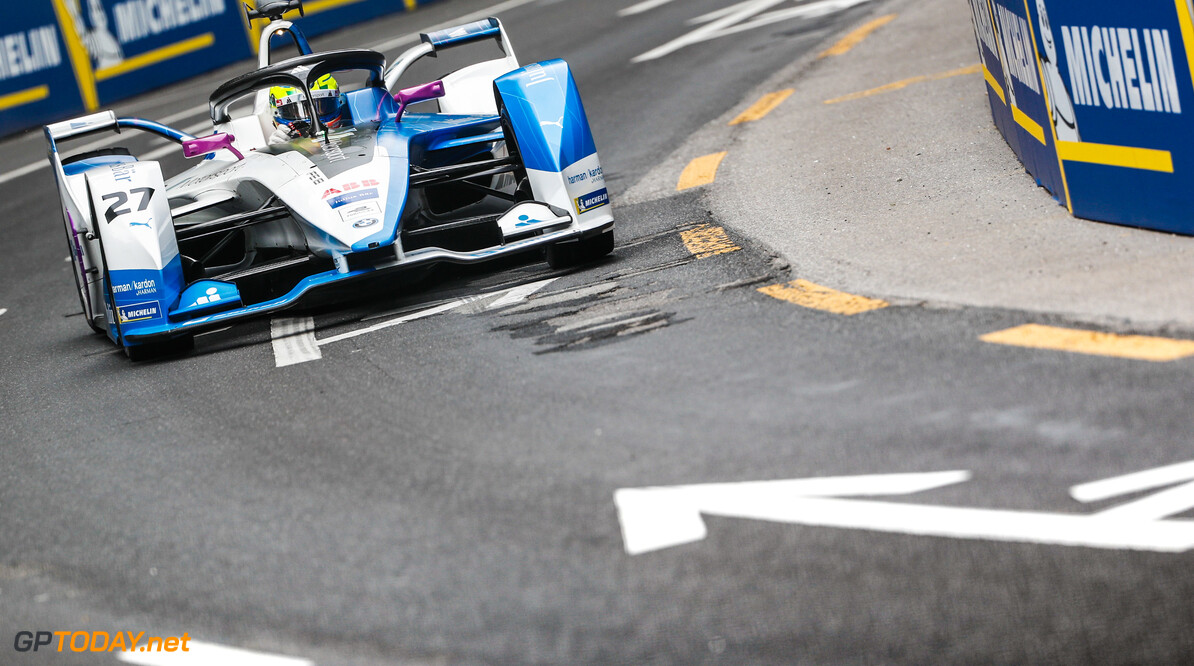 Qualiyfing: Sims on pole, Buemi out of championship contention

Alexander Sims has taken pole position for the final race of the 2018/19 Formula E season as Sebastien Buemi was eliminated from championship contention.

Buemi made it through to Super Pole but needed to claim the points that go with pole position to stay in championship contention, which he failed to achieve.

Buemi will start the season finale later today in New York from third of the grid behind Sims and Robin Frijns.

That means that just Jean-Eric Vergne, Lucas di Grassi and Mitch Evans have a chance at winning the title in the race later today.

The favourite will no doubt be Vergne, who holds a 22 point lead over di Grassi in the lead of the standings.

Vergne and di Grassi will start the race side by side, as di Grassi pipped the Techeetah driver to 11th place.

Sam Bird, Stoffel Vandoorne and Daniel Abt also made it through to Super Pole and will start from fourth, fifth and sixth respectively.

Oliver Rowland was seventh in the second Nissan car, just missing out on Super Pole. He shares the fourth row with Evans, while Gary Paffet and Edoardo Morata complete the top ten.