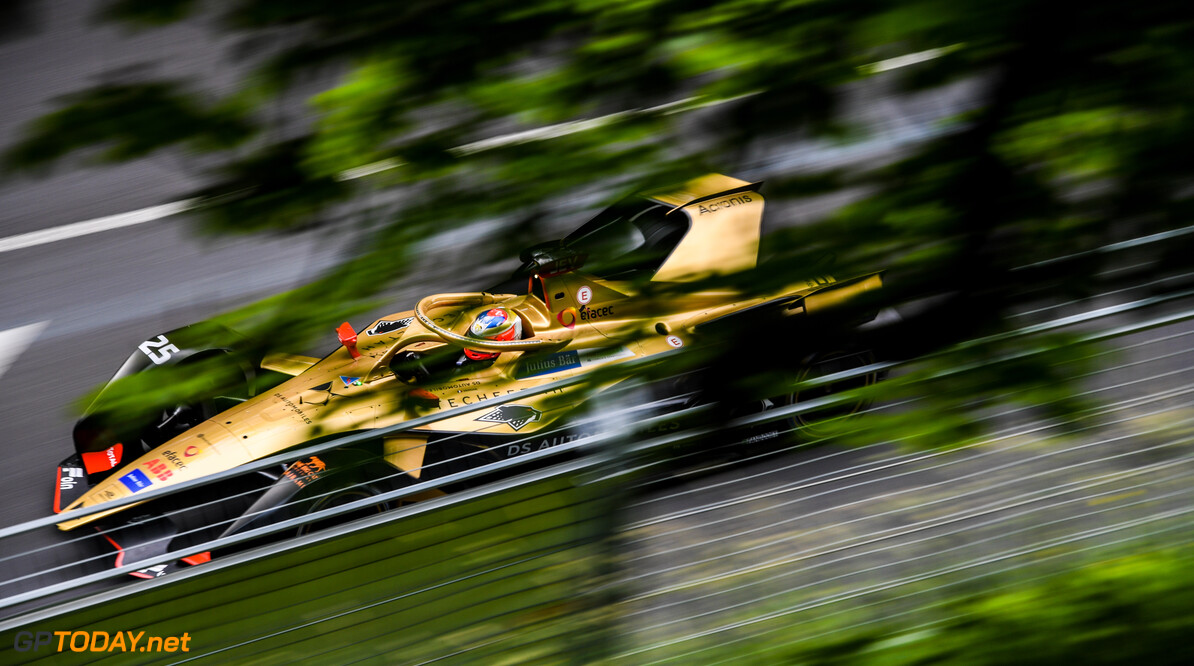 Jean-Eric Vergne took pole position for the 2019 Swiss ePrix, beating Mitch Evans by over three-tenths to take the top spot.

Vergne's time read a 1:18.183, as he eased into Super Pole, while teammate Andre Lotterer, who had strong pace in practice, failed to make the top six.

Virgin's Robin Frijns was very lucky to be able to set a lap in Q1 as he almost didn't make the line thanks to Lucas Di Grassi backing up the field, but managed to make the line with only one second to spare. He would be later knocked out by teammate Sam Bird.

Mahindra's Pascal Wehrlein put in a good lap to manage provisional third and qualify for super pole, knocking out championship contender Lotterer in the process.

Evans, who took pole position at last year's Swiss ePrix in Zurich, missed out to Vergne by three tenths, while third and fourth went to home driver Sebastien Buemi and Wehrlein respectively, with only four-thousandths of a second separating the pair.

Dragon's Max Guenther will line up in fifth for this afternoon's race in a good qualifying session for the Dragon team, joined on the third row by Bird.

Seventh and eighth positions on the grid will go to Daniel Abt and Lotterer, while Frijns and Alex Lynn round out the top ten.

It was a qualifying to forget for Lucas Di Grassi and Antonio Felix DaCosta, who will start the race in nineteenth and twentieth, leaving them with it all to do this afternoon.