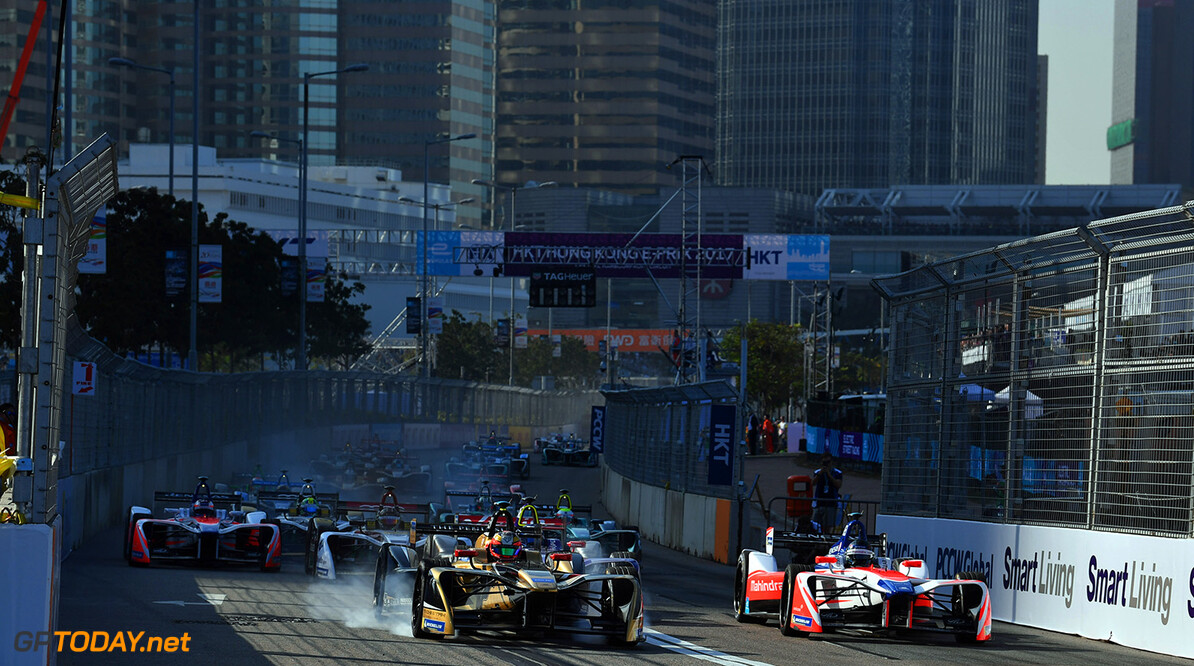 Formula E has struck a deal with global technology company ABB, as it becomes the electric racing series' official title sponsor. The deal means that the series will now be known as the ABB FIA Formula E Championship.

It is the first time that an FIA sanctioned single-seater racing series has had a title sponsor. The new Formula E season kicked off in December 2017 in Hong Kong, and will travel to Marrakech this weekend for the second round of its fourth season.

"This is a historic day for Formula E and I’m honoured to welcome the global technology leader ABB as the title partner of Formula E," said FE CEO Alejandro Agag at the Saatchi Gallery in London.

"Our two companies are synonymous with pushing the boundaries of what is possible. Together, as partners, we will showcase breakthrough technology on a global scale to fans and consumers who follow the ABB FIA Formula E Championship."

ABB CEO Ulrich Spiesshofer added: "ABB and Formula E are a natural fit at the forefront of the latest electrification and digital technologies. Together, we will write the next phase of this exciting sports activity and foster high-performance teams."

ABB was founded in 1988 and is a world leader in electrification, robotics and motion technology. It conducted the first solar-powered flight around the world and developed YuMi, the world's first truly collaborative human-sized dual-arm robot.