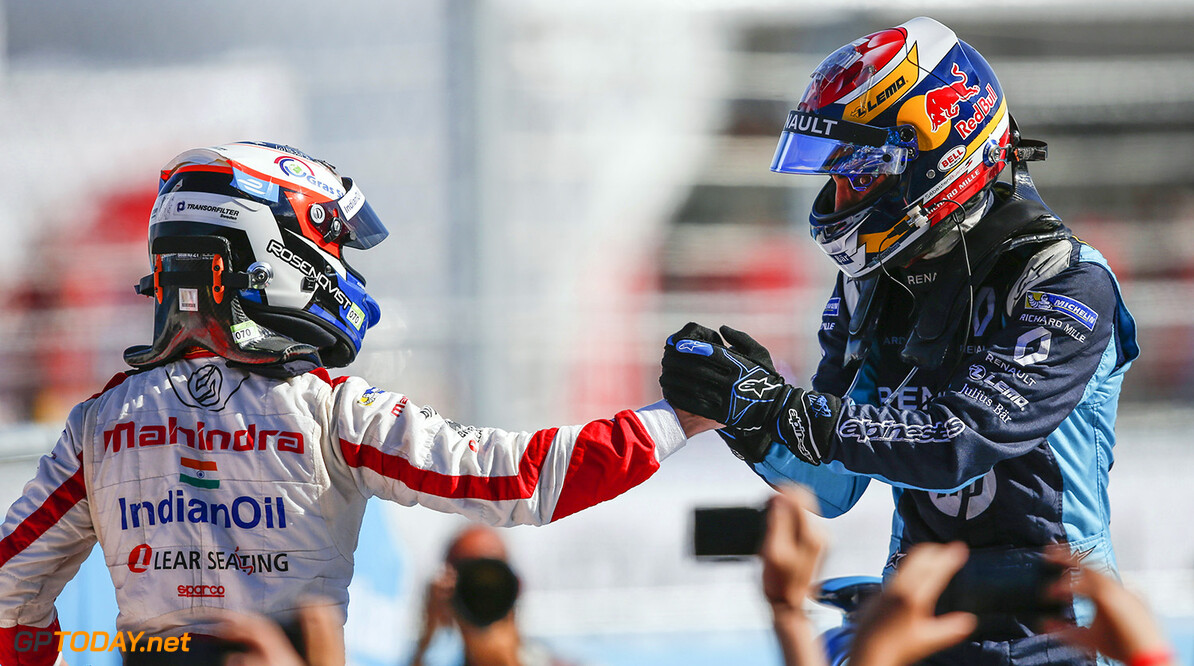 Sebastien Buemi has said he will take more care in the future when speaking to drivers about race incidents, after his heated discussions with Antonio Felix Da Costa, Robin Frijns and Daniel Abt were all shown by the television coverage. Buemi later apologised on twitter for how he acted towards the drivers, and later described the TV coverage as “annoying,” and that incidents like his “always gets taken out of context”

Buemi went into the final round of the Formula E championship with a very good chance of taking his second Formula E title, but after a series of incidents in the first of the two races and then eventual disqualification for having an underweight car he duly lost the title to Lucas Di Grassi. Despite this he was still the talk of the  weekend after the images of him ranting at the other drivers.

The first incident was with Robin Frijns at the start of the race, in which he managed to bend his steering geometry, compromising his pace in his first stint, when he knew he was on the backfoot after qualifying out of position. He initially blamed Frijns’ teammate for the incident, mistaking which driver had caused the incident, before confronting Frijns in front of TV cameras.  He then confronted Abt about an incident that happened later in the race in which Buemi was rear ended.

Buemi apologised for the images, saying: "It's always annoying when this kind of thing come up on TV, It always gets taken out of context. "I was just raising the question. I had discussions with them after and now all is cool. I'll take a little bit more care in the future, if I have something to discuss."

Buemi attributed his one of the reasons for his initial incident to the qualifying  format in Formula E which he said needed to be looked at because the lottery format ultimately disadvantages cars in the first group for Qualifying. He commented on the nature of qualifying, hinting he has been perhaps unlucky and the format needs changing saying: "Luck, for whatever reason, played too much of a role in qualifying. Normally over the course of the season it equals out.”