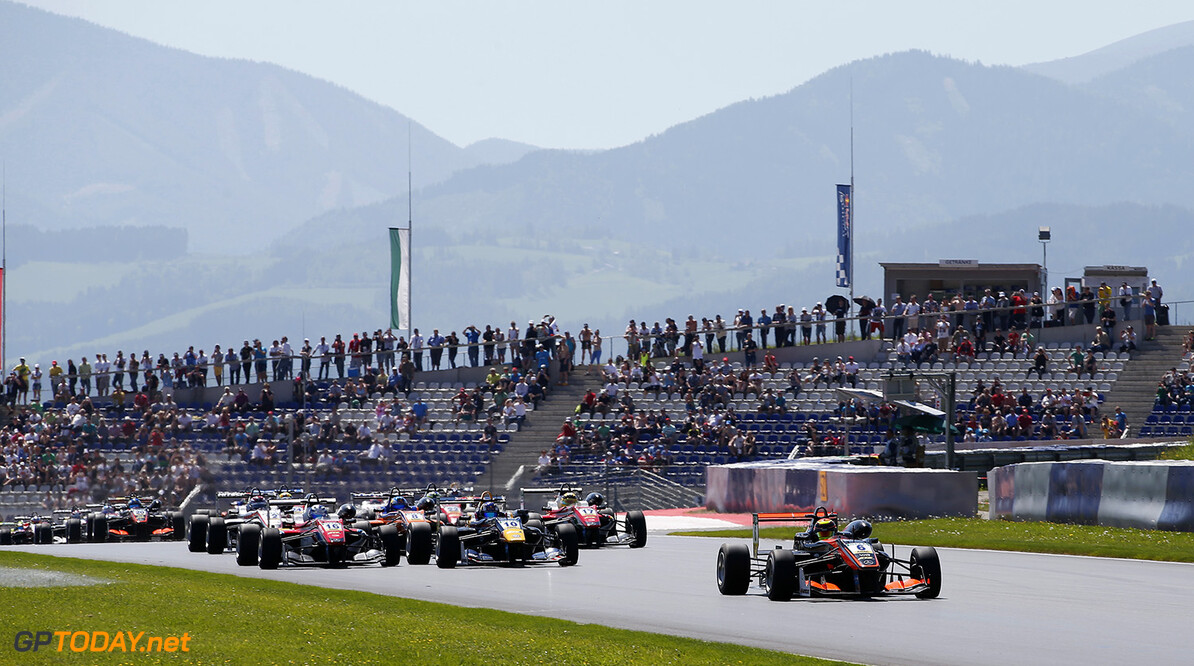 Formula 3 European Championship competitors were angered by a crane retrieving a stranded car under local yellow flags during the final race of the Zandvoort round.

During race three of the weekend Carlin driver Weiron Tan slid off the circuit at high speed and came to a halt against a barrier. The crane was driven against the direction of the circuit from the following corner to rescue Tan's car.

Frustration was shown by many on the track, as it evoked memories of Jules Bianchi's tragic Formula One accident when his car hit a recovery crane.

Motopark team boss Timo Rumpfkeil said: "Bizarre, isn't it? I was really surprised to see that."

"Also, on the team radio channel [to race control] at first Olly Oakes [Hitech GP director] was complaining about it, then Prema were confirming they were also unhappy about it."

"I think it was quite dangerous, because at the end of the day it's so easy to drop a wheel, and you don't ever want to imagine what happens if someone hits the crane."