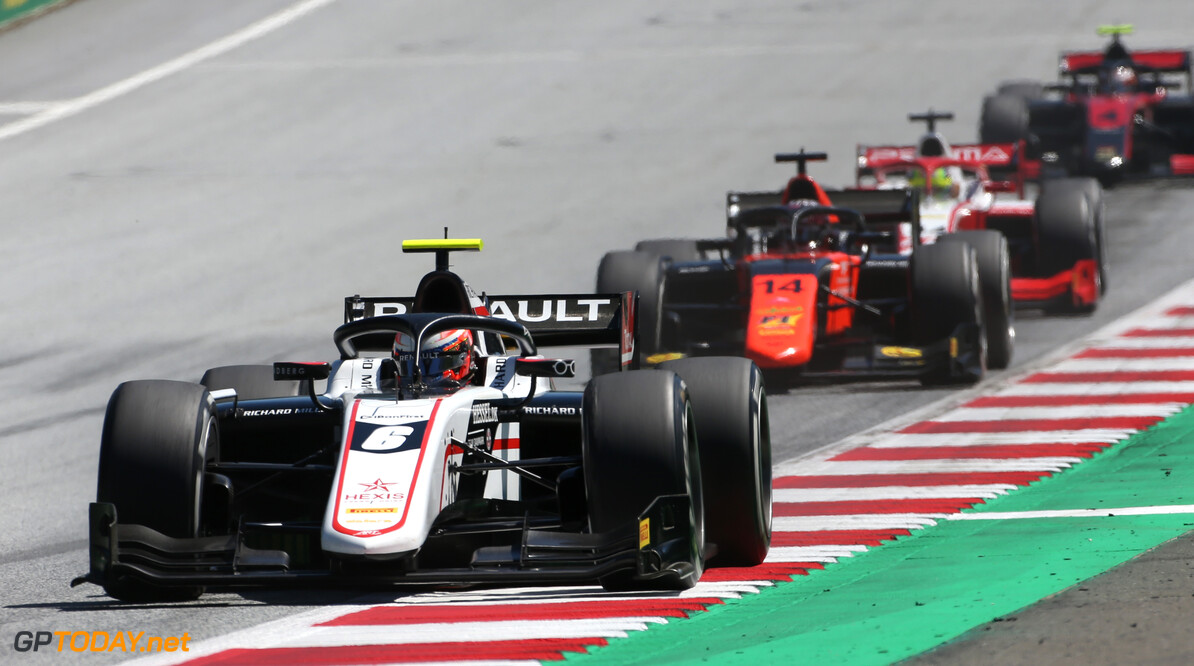 Sprint Race: Lundgaard dominates to victory ahead of Ticktum

ART's Christian Lundgaard took the win at the Red Bull Ring this morning ahead of Dan Ticktum in second and Marcus Armstrong rounding out the podium positions in third.

Pole sitter Ticktum kept the lead at the start as Lundgaard took second off teammate Armstrong. Yesterday's race winner Robert Schwartzman retired at the first corner after a spin coming through the corner, bringing out the virtual safety car.

Ticktum led as the race returned to green, as Prema's Mick Schumacher chased after Armstrong's third place. Marino Sato entered the pits with a problem but was forced to park the car on the pit entry.

Lundgaard stole the lead off Ticktum after a lunge on the Dams driver at turn three, fending off Ticktum coming through turn four to hold on to the lead.

Carlin's Yuki Tsunoda was next to hit problems, as the Japanese driver suffered a loss of power, sending him to the back of the running order in the process. As he retired, Tsunoda reported a clutch problem to the team.

Trident's Roy Nissany made a pit stop after contact with Louis Deletraz forced him off the circuit at turn nine, while Schumacher challenged Armstrong for the final podium spot. getting past the ART at turn four.

Guanyu Zhou finished in fourth ahead of teammate Caum Ilott, while Jack Aitken and Sean Galael finished in sixth and seventh.

Schumacher would be then forced to pit as the fire extinguisher went off inside his cockpit, covering the German and hindering his visibility and forcing him into retirement in the pit lane.

Lundgaard held a two and a half-second advantage to Ticktum with ten laps to go, as Zhou looked to close in on Armstrong's third place.

Zhou was unable to challenge Armstrong, instead he was forced to defend from teammate Ilott for fourth position. Despite a late push from Ticktum, Lundgaard crossed the line to take the victory that saw ART finish first and third on the podium.

Nikita Mazepain took the final point in eighth, as Jehan Daruvala and Luca Ghiotto finished in ninth and tenth.