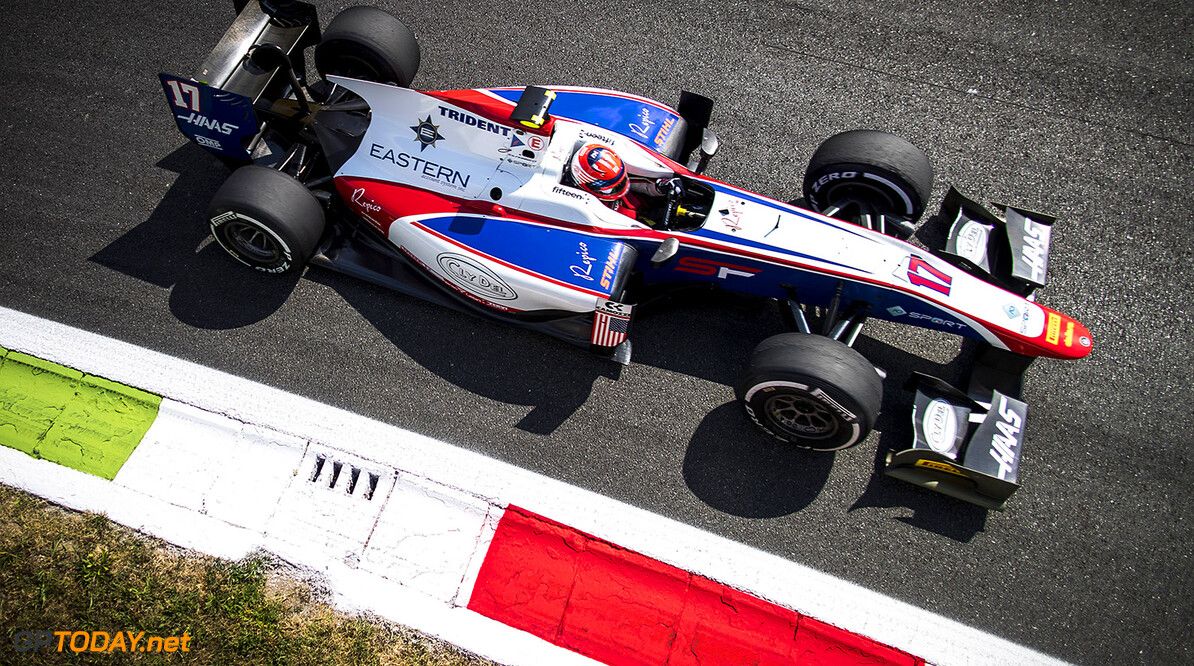 Team Trident is proud and delighted to announce its line-up for the 2018 FIA Formula 2 Championship. The two cars campaigned by the Italian squad will be driven by Santino Ferrucci and Arjun Maini, two brilliant young prospects.

Santino Ferrucci is more than a familiar face for the team after making his debut under the Trident banner in the final part of the 2017 season. The American racer impressed right from his first appearance at Hungaroring by scoring a remarkable fifth row result in qualifying and then bringing home his first points of the season. Ferrucci is determined to quickly learn the secrets of the new Formula 2 car, powered by a 3.4-liter turbocharged engine with 640 horsepower, and then fight at the front end of the charts. Ferrucci's single-seater experience is particularly solid. Despite his young age, Santino was among the stars of the GP3 Series and also entered the European Formula 3 Championship two times. The skills displayed by the 19-year-old are unanimously recognized. Team Trident will provide the Connecticut-born man with the competencies needed to pull off an outstanding season.

On the other hand, 20-year-old Indian sensation Arjun Maini will be making his debut in the FIA Formula 2 Championship. The native of Bangalore impressed the Team Trident technical staff at the series' collective test held in November 2017 at the Yas Marina track in Abu Dhabi. The Indian driver was among the most impressive prospects of the GP3 Series and was quickly able to secure his first win in the opening round at Barcelona. Joining Team Trident in the postseason, he immediately showed excellent confidence with the power and braking of Formula 2 cars, and his maturity persuaded Team Trident to focus on his potential and quality. Relying on his single-seater experience, which includes solid results in European Formula 3 competition, Maini aims to climb his learning curve quickly and stay as close as possible to the frontrunners.

Maurizio Salvadori – Team Owner: “Today's announcement features many positive and exciting aspects. Our line-up for the FIA Formula 2 Championship can count on two great drivers, on which it is certainly worth relying. Santino and Arjun are two undoubtedly valuable prospects who have all that it takes to be among the future stars of motorsports for the years to come. It is certainly not by chance that an ambitious Formula 1 outfit, Team Haas, selected them to join their junior development program. Team Trident will provide its new drivers with the experience and energy needed for them to continue growing up and reach their ultimate professional goals."

Giacomo Ricci – Team Manager: “I'm extremely satisfied and motivated by our 2018 line-up which is a highly competitive and challenging one. We will be able to rely on two undoubtedly talented drivers in order to build a prestigious future together. Santino Ferrucci merged with our team in perfect fashion last season and really impressed our engineers for his speed, driving skills and commitment. We hope to see him bring home solid results over the course of the season. On the other hand, we have been following Arjun Maini for a while. He showed great driving skills and race conduct which are going to be some really important aspects in a demanding series like Formula 2. We have plenty of work ahead including the rollout of the new cars so I can't wait for the season to start!"

Santino Ferrucci: “I am very proud to be back at Trident for my first full season of FIA F2. I think I fit extremely well in the team and we have strong potential this season to fight for a championship. I cannot wait to get back behind the wheel for our first preseason test!"

Arjun Maini: "I’m very excited to be competing in the FIA Formula 2 championship with Team Trident. I felt we were quite competitive during the postseason test and given that the series is using all new cars for the coming year, I’m quite excited for the year ahead. Trident is a very strong team and I’m sure that if we work hard we’ll be in for some strong results during the course of the coming season."