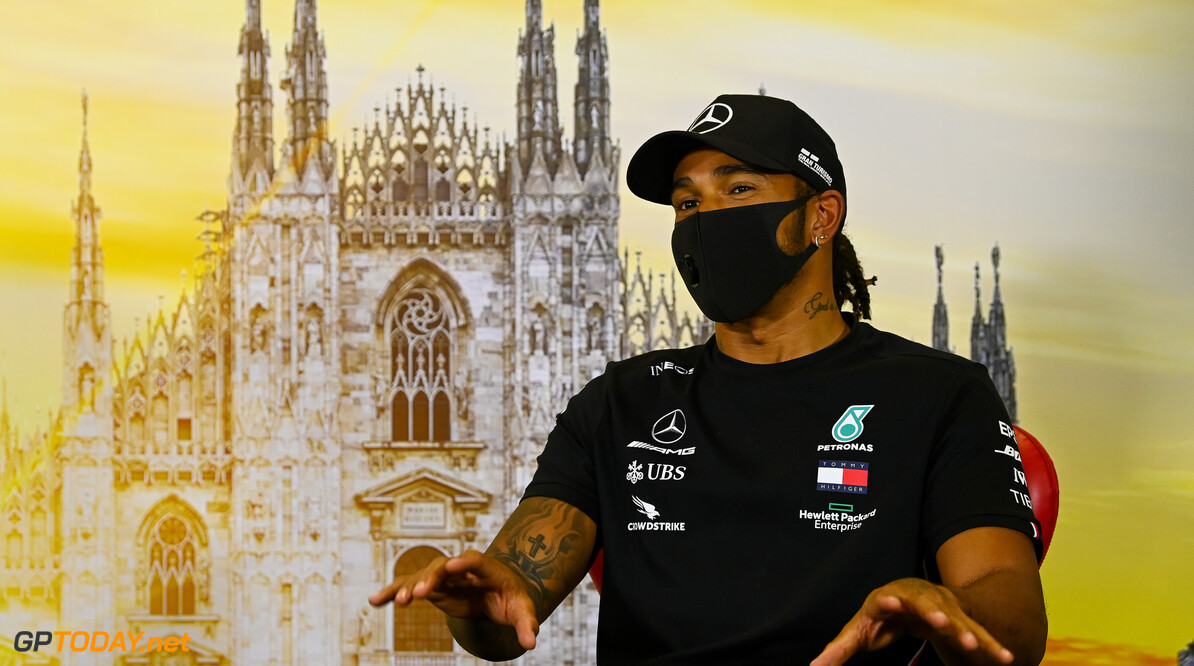 Charles Leclerc suffered early in Q1 after his first time was deleted for exceeding track limits, while Mercedes led out front on the medium compound tyres.

An incident towards the end of the session saw Esteban Ocon put under investigation after Alfa Romeo's Kimi Raikkonen was forced to brake while trying to overtake him.

As a result, Vettel did not make it into Q1, starting tomorrow's race in seventeenth position.

Only two-tenths separated sixth to twelfth after everybody had done their first runs, with McLaren's Lando Norris fearing the second run would get 'messy'.

Sergio Perez qualified in fourth, ahead of the Red Bull of Max Verstappen, while Norris and Daniel Ricciardo will start the race in sixth and seventh.

Leclerc could not get Ferrari into Q3, only managing thirteenth for tomorrow's race. Renault's Ricciardo managed to get through despite a mistake at the second chicane during his second run.

At the beginning of Q3, Hamilton led teammate Bottas by just over a second, while Red Bull's Albon once again had his time deleted once again for running wide at Parabolica.

.McLaren's Sainz was best of the rest, pulling off a very quick lap to take third for the team ahead of Racing Point's Perez.

Eighth and ninth went to Lance Stroll and Albon, with Pierre Gasly qualifying in tenth position.