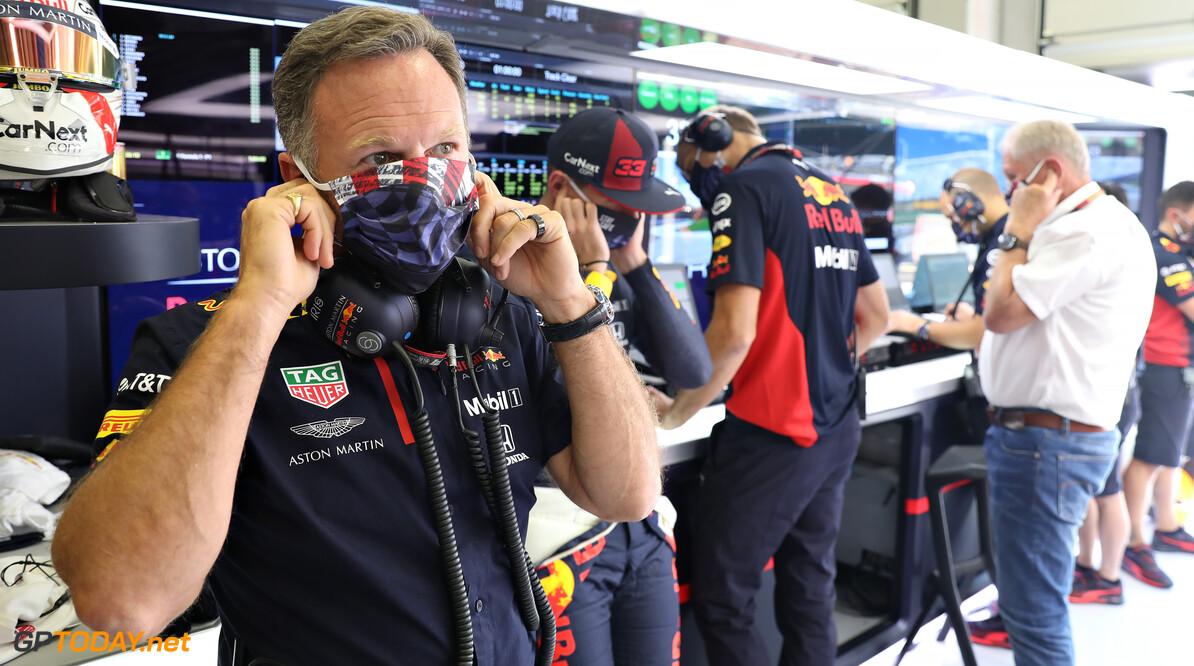 Verstappen came home in second after passing Mercedes' Valtteri Bottas on the run to turn one on the first lap and managed to retain the position to take the second podium spot.

It was a mixed day for teammate Alexander Albon, who finished eighth after going for an early stop onto the hard compound tyres.

"I think that was the absolute maximum that we could have achieved today," Horner commented.

"Max has got everything he can out of the car to split the Mercedes who had a quicker car than us today. I don't think we could have got more than that.

[We were] satisfied with Max's drive and again, I think the guys did an incredible job in the pit lane today. Three of the fastest pitstops, that was all that was there."

Verstappen's radio comments due to his competitiveness

Horner also spoke after the race about comments made by Verstappen to race engineer Simon Rennie, who criticised his engineer and the team for focusing on leader Lewis Hamilton more than their own strategy.

!He obviously doesn't have the visibility of the whole picture that the strategists have," Horner added.

"He's ambitious and he's competitive and he's pushing and you can hear that his engineer is fairly clear with him in terms of his instruction is and what his job is and what the rest of the engineering team is up to.

"What we didn't want to do is to drop him back into traffic that would burn up the tyres and of course, we weren't confident that the stint length of the tyres as well, by going too short would put too much pressure on the end of the race."