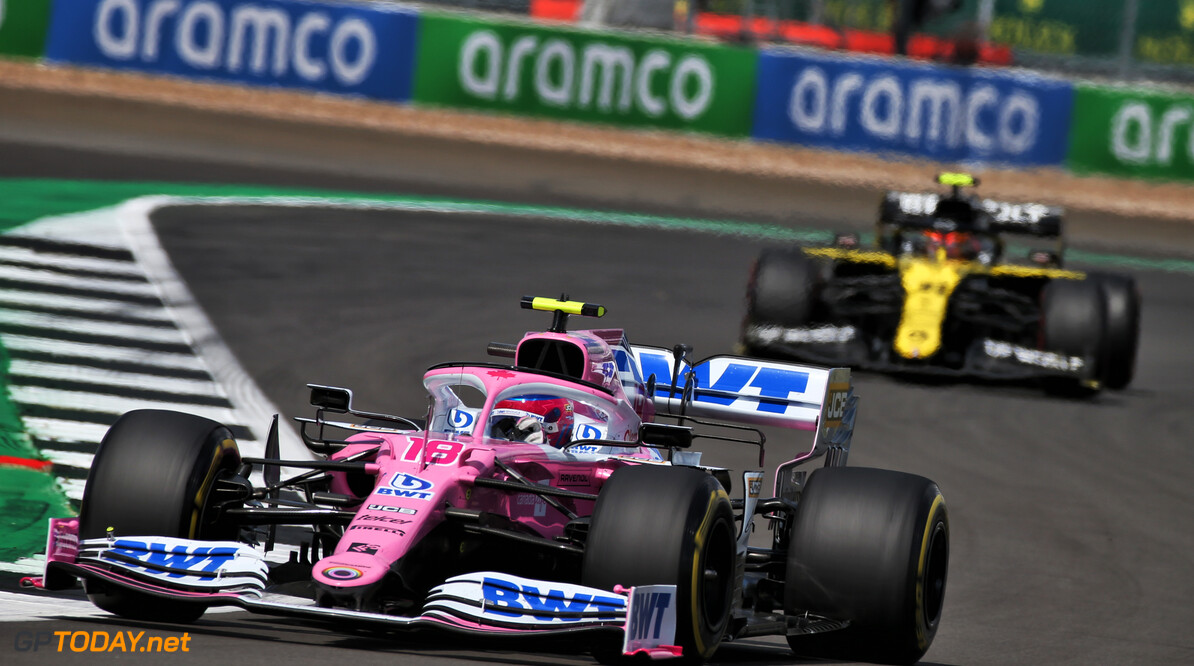 Renault has lodged a third protest against the Racing Point car following the British Grand Prix at Silverstone.

Renault has questioned the legality of the Racing Point RP20, which turned heads at pre-season testing in February when it was unveiled, bearing a striking resemblance to Mercedes 2019 car.

The first protest from Renault came following the Styrian Grand Prix, which saw the stewards impound the brake ducts of Racing Point's 2020 car.

The stewards also contacted Mercedes and requested their brake ducts from 2019 as they conducted an investigation.

The protest lodged in Great Britain is the same of previous events, with Racing Point being accussed of a “breach of Art. 2.1, 3.2, Appendix 6 Paragraph 1, 2(a) and 2(c) of the FIA Formula One Sporting Regulations 2020 during the Race”.

Lance Stroll drove to a ninth-place finish at Silverstone on Sunday, while his stand-in teammate Nico Hulkenberg failed to take the start of the race due to a power unit issue.

If the study favours Renault, Racing Point may be stripped of their points scored up to now. However, the Silverstone-based team has repeatedly acknowledged that the FIA is aware of how it went about designing its 2020 car and is confident it will be cleared of wrongdoing.