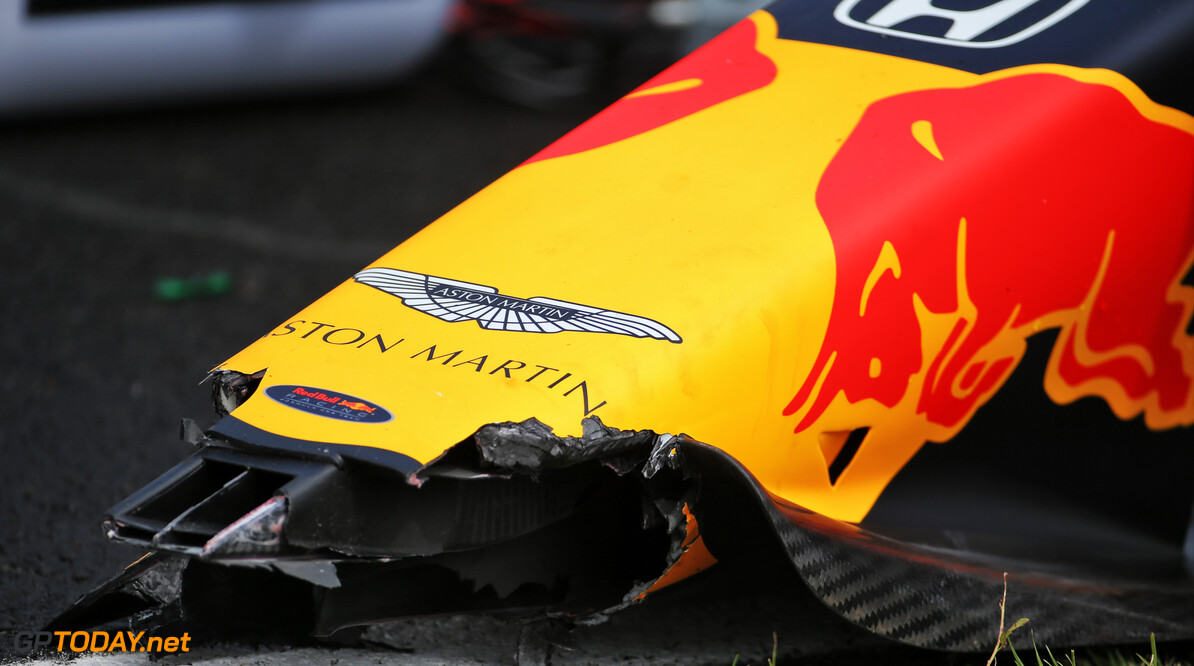 Red Bull has revealed that Max Verstappen was attempting to synchronise eighth gear when he crashed on the way to the starting grid in Hungary last weekend.

The Dutchman slipped off the road at Turn 12 and destroyed his front wing, while also sustaining damage to his front left suspension.

Mechanics scrambled to get the car ready for the start of the race, and managed to resolve the damage and fit the tyres to the car 25 seconds before the order to leave the grid.

Verstappen started the race with no issues and brought the RB16 car to the finish line in second place, behind race winner Lewis Hamilton.

Writing in a post-race column, Red Bull team boss Christian Horner says the team was quick to evaluate if the damage was terminal or not - however it was confident it could fix the problem when it saw it was the push rod that was broken.

“I was watching the out lap on the monitor and saw Max run wide at turn six/seven,” Horner said. “He was pushing to find out where the grip was and trying to synchronise eighth gear on the run down to turn 12, which means you have to be flat-out to get that synchronisation.

“The circuit was more slippery than he thought, and the tyres were pretty cold, nobody could quite believe their eyes when he went off into the barrier.

MORE: Niki would have taken his hat off for Red Bull mechanics - Wolff

“Luckily, he managed to keep the engine running and reverse out of the barrier. We were unsure how serious the damage was and had to decide quickly whether to call him into the pit lane, but we made the call to send him to the grid to see if we could get the job done so he wouldn’t lose his grid position.

“As the mechanics greeted Max’s RB16 at the back of the grid and pushed him through the rest of the field we had no idea whether we would get the work done in time.

“We'd identified on the screens that the track rod and push rod had broken but it was an unknown whether the wishbone or upright had broken on his suspension. If it was, that would have been game over.”

Despite the frenzy of activity that was involved with the repair job, Horner insists he wasn't stressed about the situation, as he had full faith in his team.

“The funny thing is, I wasn't stressed about it,” he said. “I felt that if anyone could do the repairs then our mechanics could. As soon as he got to the grid, they tore in to it but most importantly the non-destructive test inspection needed to happen on the components to make sure it was safe.

Those results came out fine and then it was a race against the clock to get those parts changed, which is a massive undertaking because they are pretty complicated in design.

“You'd need to be a sensational piano player to be able to work your fingers within the space they had, such is the tight design of these cars.

“Everyone did their bit - the frontend boys, the No.1 mechanic, the chief mechanic - it was seamless. Of course, everything else also needs to happen on the car as normal, to prepare for the start of the race, so it was very well co-ordinated.”