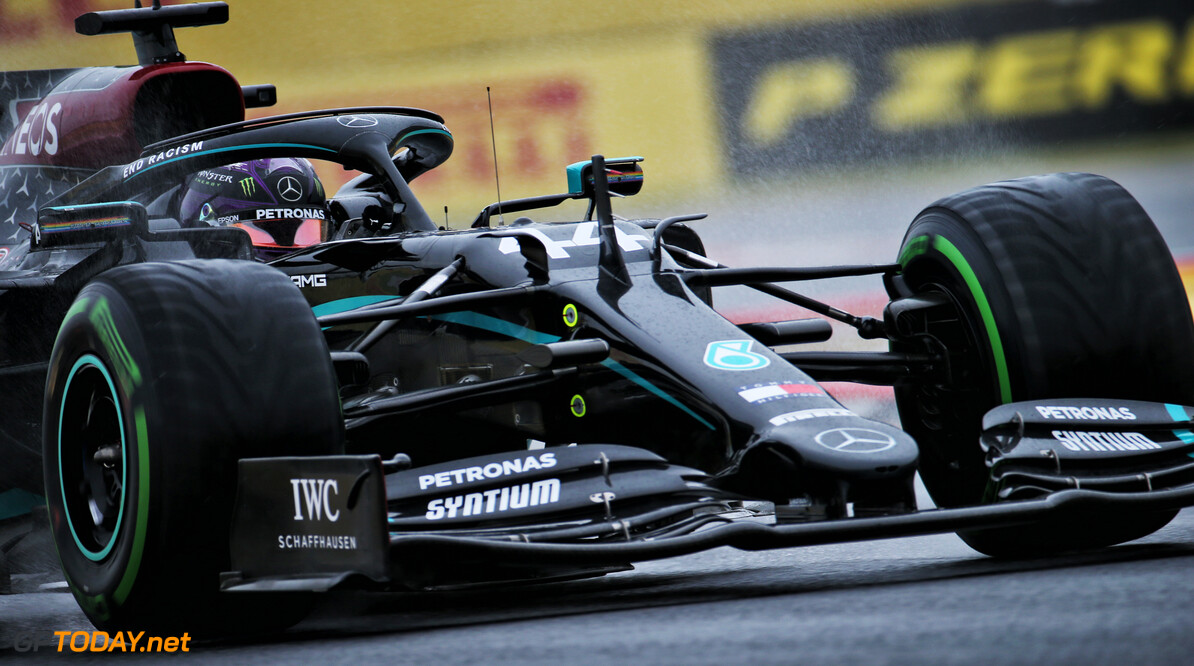 Mercedes was not able to assist Lewis Hamilton amid his fears that his engine would stall at the start of the race in Hungary last Sunday due to rules regarding communication on the formation lap.

Before the commencement of the grand prix in Budapest, Hamilton took to his radio to tell Mercedes: “The engine keeps sounding like it's going to stall.”

Article 27.1 of the sporting regulations states “the driver must drive the car alone and unaided”, a rule that Haas fell afoul of when it instructed Kevin Magnussen and Romain Grosjean to pit for dry tyres at the end of the formation lap.

As a result, both drivers had ten seconds added to their total race time at the chequered flag.

Hamilton encountered no problems during the race start, with Mercedes knowing that there was no issue with the engine - however it couldn't calm his fears, or it risked receiving a similar penalty.

Speaking in Mercedes' F1 debrief video, the team's trackside engineering director Andrew Shovlin said: “Lewis reported a problem on the formation lap where he said he thought the engine was going to stall.

“What it actually was, was a sensor issue that was only affecting the engine around the idle controls, so when he was sat there waiting to go off on the formation lap.

“Now, it wasn’t a problem, it wasn’t going to stall and there is a protection that will actually stop the engine from stalling anyway if you were in that situation.

“But we couldn’t tell him it was OK and that’s because of the rules that prevent you talking to the driver during that entire formation lap. So, we knew it was fine, but he had to worry a bit for the next few minutes until he got off the line.”

While Hamilton was able to move off the line cleanly, his teammate Valtteri Bottas moved before the start lights went out. He then came to a complete stop before setting off again.

The Finn avoided a penalty for jumping the start, with Shovlin confirming that Bottas' initial reaction was from a light change on his steering wheel dashboard.

“Valtteri’s issue was actually that he reacted to one of the lights on his dash that flickered,” Shovlin said. “And that’s because he practices starts using his steering wheel over the weekend and to simulate the lights going out for the start grid, the lights on the dash on the steering wheel go out.

“And that was why he reacted to it, it distracted him. Now, luckily, he was able to pull the clutch and avoid a jump start. Now, there’s an automatic system that will detect where the car is and when it has left the grid box.

“And the car can sit within a reasonably wide position on that grid box without detecting it, and because Valtteri hadn’t moved far he was still within range. So, the system didn’t think it was a jump start because he was still within his box when the lights actually went out.

“What it did do, though, was cost him an awful lot of places because resetting and getting ready to go meant that everyone else was off and around him by the time he was getting up to speed.”