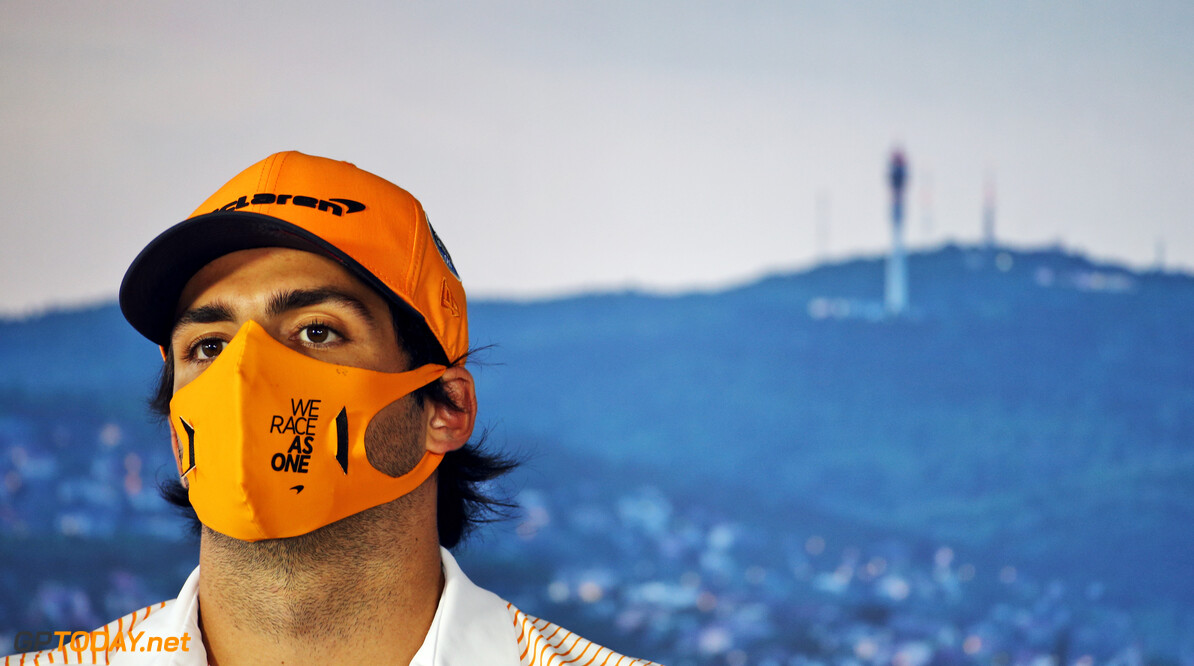 Sainz: Ferrari ‘the right place to be’ despite early 2020 F1 difficulties

Carlos Sainz has defended his choice to join Ferrari in 2021, following the difficult start the Scuderia outfit has had to the 2020 Formula 1 season.

During the two race weekends in Austria, Ferrari was believed to be the fifth-fastest team on the grid, with McLaren, Sainz's current team, outpacing it.

Ferrari seemed to turn a corner in Hungary, finishing ahead of McLaren in qualifying before Sebastian Vettel drove to a sixth-place finish, ahead of Sainz who picked up the final point on offer in tenth.

However, Ferrari is still well out of title contention and has not come close to challenging rivals Mercedes this year, after doing so on a handful of occasions in 2019.

Sainz will replace Vettel at Ferrari in 2021, stating that the opportunity was too promising to turn down.

“I know there's a lot of question marks about Ferrari's performance but if you go down in history, Ferrari is the most successful team in Formula 1,” Sainz told Sky F1.

“I agree, Ferrari looks to be a tough environment to succeed, but at the same time, if you are the right guy for that seat and I believe I am, why not take the chance?

“Obviously there is one team, Mercedes, who is dominating the sport right now. They have the strongest chance of being champions year after year. But I do feel Ferrari is the right place to be.”

MORE: Binotto ‘amused’ by stories regarding his Ferrari future

At the opening race of the season, Sainz and Vettel made contact during the race, with the latter braking too deep into Turn 3 and spinning to the back of the field after touching with Sainz.

Speaking about the incident, Sainz said: “That was a bit of a moment. That little contact there when I was about to overtake Leclerc, actually might have cost me my podium.

“If you see where Leclerc finished that race in P2, and I was just about to overtake him, I felt like in that moment I missed out on a podium and it was Seb with obviously having no intention of contact.

“It is what it is, that's the good thing about this sport. It has so many coincidences and so many things going on at the same time, I think it's a fascinating sport.”

Charles Leclerc will be Sainz's fifth F1 teammate in seven seasons when he joins Ferrari next year. The Spaniard says he already gets along well with Leclerc, promising the two are “going to have fun”.

“I actually do get along well with Charles,” he said. “Out of the guys I haven't been teammates with, he's one of the guys I have a tighter relationship [with], which I had before this Ferrari thing was announced.

“So [I'm] very happy about it. I think we can put together a very strong partnership there at Ferrari. We are both young we are both extremely motivated. Charles is pretty funny also, not maybe as jokey as Lando. But [he's] a good guy, so we're going to have fun.”