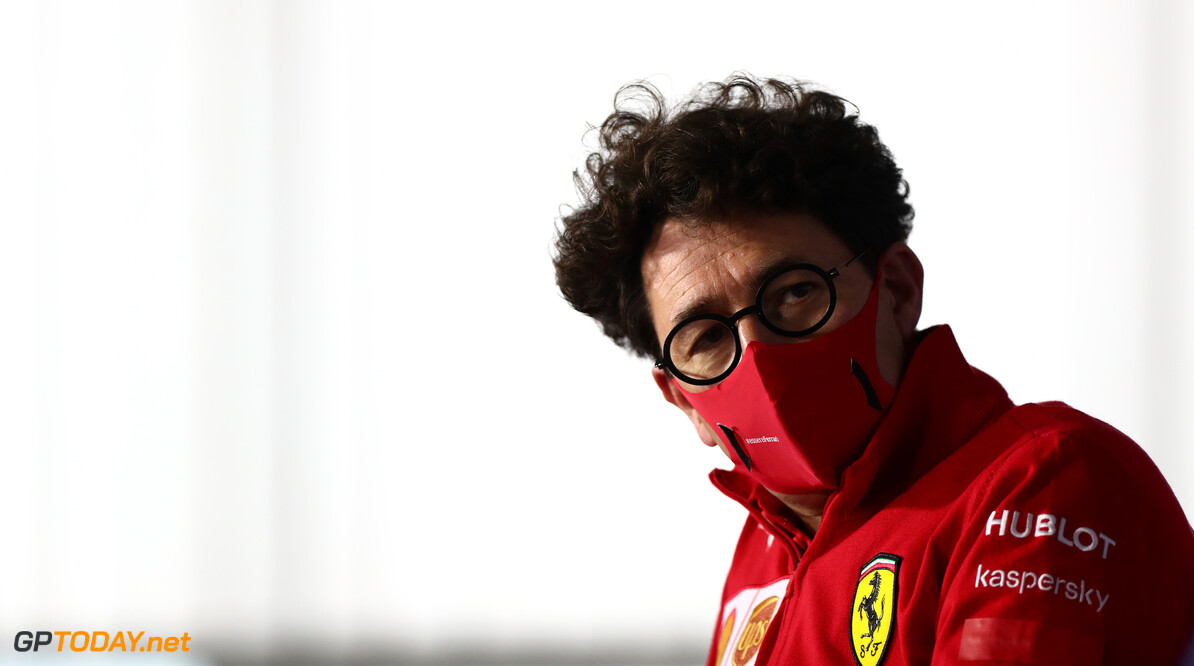 Binotto ‘amused’ by stories regarding his Ferrari future

Ferrari team principal Mattia Binotto admits he is amused by rumours regarding his future at Ferrari following a difficult start ot the 2020 season.

The Scuderia outfit has scored one podium finish during the opening three races this year, with the car appearing to be the fifth fastest on the grid.

Italian media has suggested that Binotto’s role as Ferrari’s team principal is under threat as Ferrari continue to search for a way to dethrone Mercedes and end its drought of titles.

“I have confidence in the people who work in the Gestione Sportiva: we have started out on a long process that should lead to another winning cycle,” Binotto said. “It will take a while, but the whole company understands and supports this vision.

“That’s why I find it amusing to read some stories that are doing the rounds: it’s not by sacking people that you make a car go faster.”

MORE: Vettel: Not possible to finish further than fifth or sixth

Ferrari appeared to make some gains last time out at the Hungarian Grand Prix, as it outpaced Red Bull to secure the third row for the start of the race.

However, Ferrari was still over 1.3 seconds down on Mercedes in qualifying, who has won the opening three events in 2020. Binotto insists there is no magic wand that his team can wave in order to rapidly bridge the gap.

“The entire car project has to be revised, while taking into consideration the limits currently imposed by the regulations,” he said.

“I am well aware there is no magic wand in Formula 1, but we have to step up a gear to turn things around, both in the short and the long term.

“It might also be necessary to look at our organisation to improve and strengthen our working methods where the need is greatest. But first, as a team, we need to understand the dynamic that led to this situation.”

Ferrari's last race win came at the 2019 Singapore Grand Prix, when Sebastian Vettel crossed the line ahead of teammate Leclerc.