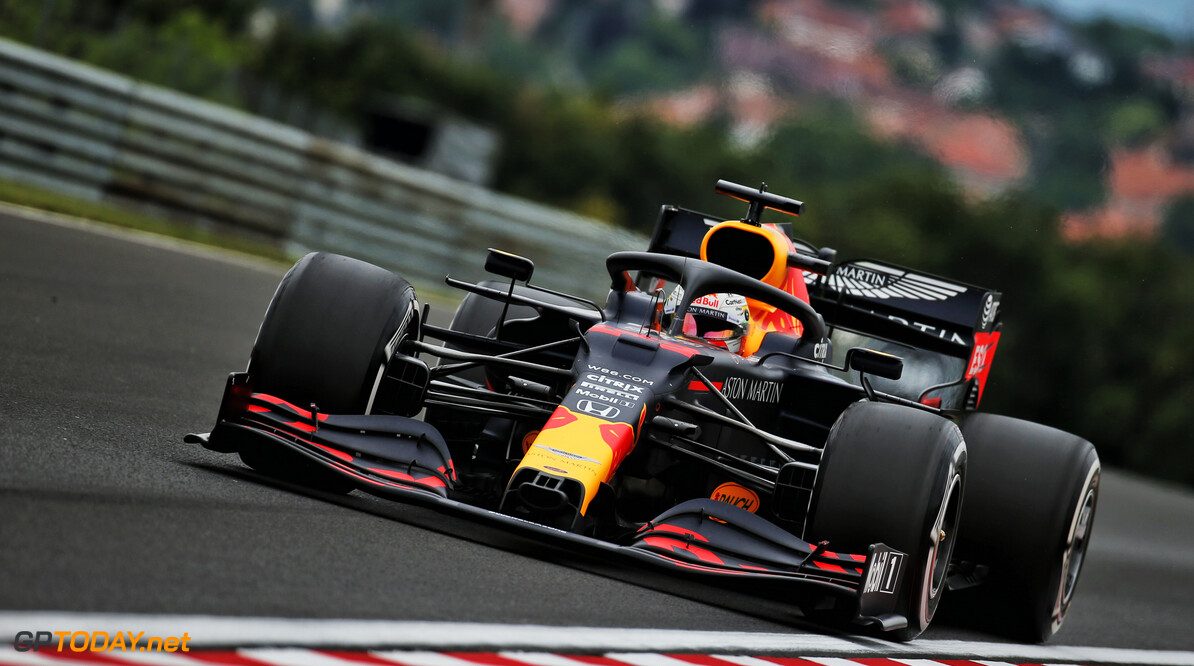 Verstappen: Red Bull has 'a lot of work to do' following difficult Friday in Hungary

Max Verstappen believes Red Bull has a lot of time to find overnight if it hopes to battle Mercedes throughout the remainder of the Hungarian Grand Prix weekend.

During the opening practice session, which was held in dry conditions, Verstappen was seventh fastest, 1.4 seconds down on session leader Lewis Hamilton.

Red Bull was tipped to challenge Mercedes this weekend, after failing to secure a race victory at the two F1 events in Austria over the last two weeks, with Mercedes taking the spoils at both races.

When asked how his first practice session went in Hungary, Verstappen replied: “Not so good. Plenty to look into. Of course, [it was] a little bit of a shame it was raining in the second practice as otherwise, we could have had a look. But yeah, a lot of work to do.”

Verstappen was seventh again in the second practice session but only set a handful of laps times as track conditions were wet, making it more tricky for the drivers.

“It's the same for everyone, isn't it?” Verstappen said of the rain. “I'm not so happy but luckily we have a night to look at it and for sure make some changes and try to do better.”

When asked where the car needs to approve ahead of Saturday’s qualifying session, Verstappen said: “Just balance, overall. We need to look at that.”

Verstappen’s teammate Alexander Albon failed to set a timed lap during FP2 amid the wet conditions, but mirrored Verstappen’s comments regarding the needed improvements.

“The car’s not quite what we want and we just need to do some work to find out what’s going on,” he said.

"I think the weather has been hurting us a bit - just trying to understand the car a bit better.

“Obviously, FP1 wasn’t ideal and we couldn’t try anything for FP2. We will have to look through the data in a bit more detail tonight and see what we can come up with for tomorrow.”