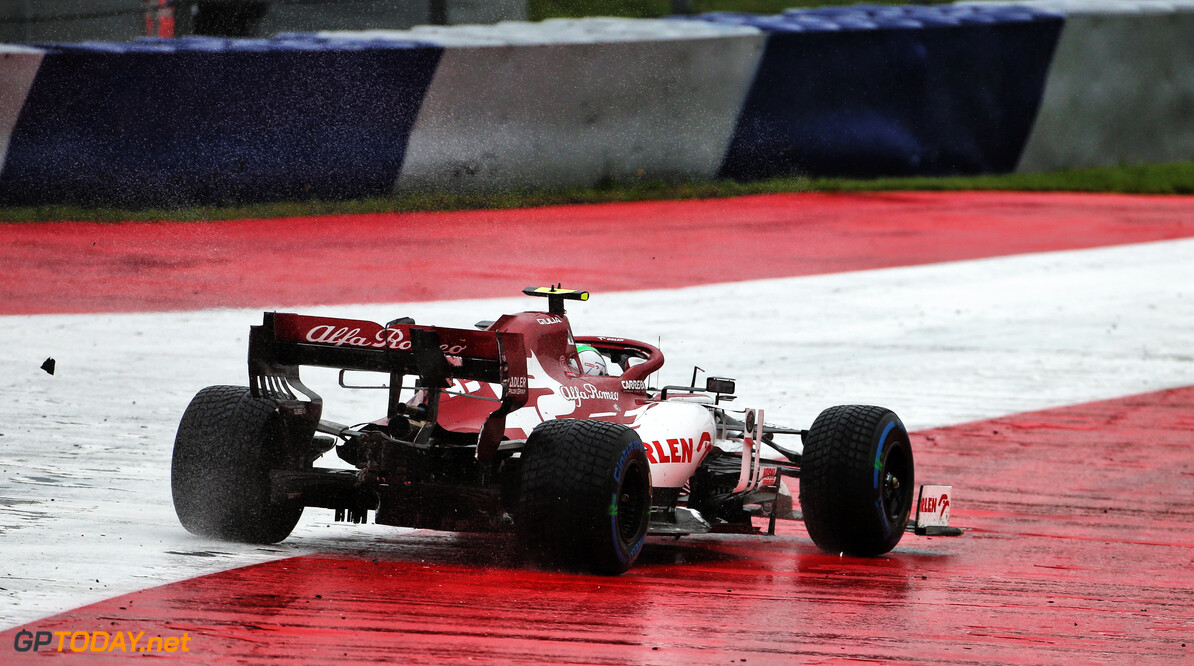 Antonio Giovinazzi has been handed a five-place grid penalty for the Styrian Grand Prix after his team replaced his gearbox following qualifying.

The Italian crashed at the end of Q1 after running wide at Turn 9 and losing control of his car amid wet conditions.

Giovinazzi hit the wall with the rear of his Alfa Romeo and after an inspection, it was decided that a fresh gearbox was needed.

Drivers are permitted to use a race gearbox for six events before they change it out for a new one penalty-free, but as Giovinazzi's swap falls outside the regulations, the stewards have dished him a grid drop.

Giovinazzi was in the drop zone when he crashed and ended qualifying in 19th place, only ahead of Romain Grosjean who failed to set a lap time during the session.